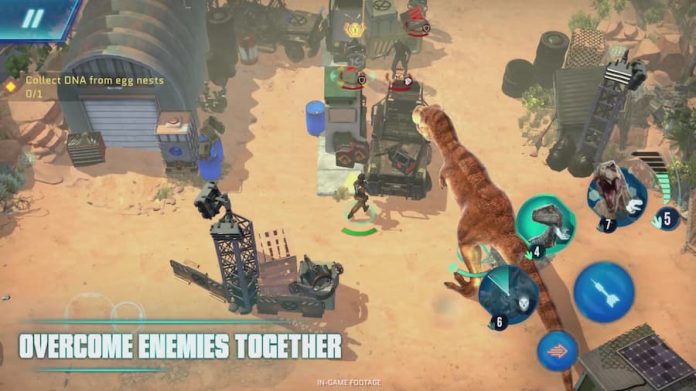 Jurassic World Primal Ops, out now on Android and iOS, lets you rescue dinosaurs on the go.

The dinosaurs in question have already been kidnapped by mercenaries so you’re rescuing them, sort of. That’s enough of an ethical loophole, right? The good news is that the dinosaurs you rescue in this action adventure can then be used to take on the mercenaries.

It’s an interesting way of rewarding players, certainly, though giving you a better dinosaur, once that could have made the battle you just had a little easier, is a curious move. There’s in-game exploration a plenty, though not in the real world, which means we don’t get to use our Pokemon Graarrr joke.

You get to blast away at foes, while directing your allies – dinosaurs included – into battle. If anything, it reminds us of Pikmin. Well, if the Pikmin had really sharp teeth and a taste for living flesh. Yes, you can wade in on your own but having dinosaurs ready to do some damage for you will definitely help.

Jurassic World Primal Ops is the work of Behaviour Interactive, the company also responsible for Dead by Daylight, though there’s no news on a Spinosaurus/Michael Myers face-off as yet. Out right now, it’s free-to-play, available on iOS and Android, though it does contain in-app purchases so you may want to watch your wallets. 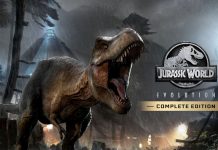