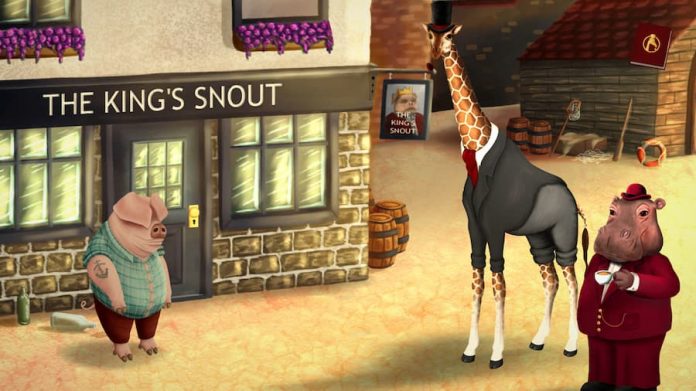 The work of solo dev Charlotte Sutherland aka Cave Monsters, Lord Winklebottom Investigates casts you as the titular giraffe detective, charged with solving the murder of an axolotl found floating dead in their tank. No, this isn’t some sort of zoo-based adventure; it takes place in a world populated by animals.

Lord Winklebottom, for example, is a literal giraffe wearing a suit and a top hat. Yes, some animals stand on their hind legs but they’re not animal/human hybrids, they’re just animals in clothes. The vicar, for example, is wearing a dog collar and spectacles; yank those off and you’d just be looking at a regular, if rather embarrassed, seal. Well, at least until it started talking, anyway.

Couple that with a gorgeous 1920s aesthetic and some very silly humour and you’ve got a game that’s definitely got our attention.

It reminds us a little of Aviary Attorney, though going by the trailer it’s set to channel the work of Agatha Christie, throwing in the odd puzzle alongside the detective work. Let’s face it: when your murder scene sports a shrieking goat maid, things are bound to be anything but straight forward.

Lord Winklebottom Investigates was originally Kickstarted back in 2019 and is set for a July 28th release, landing on PC, Xbox One, Xbox Series X/S and Switch. You can check out the impressively gorgeous trailer above or wishlist it on Steam here. 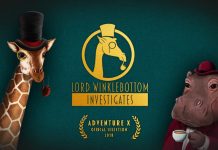