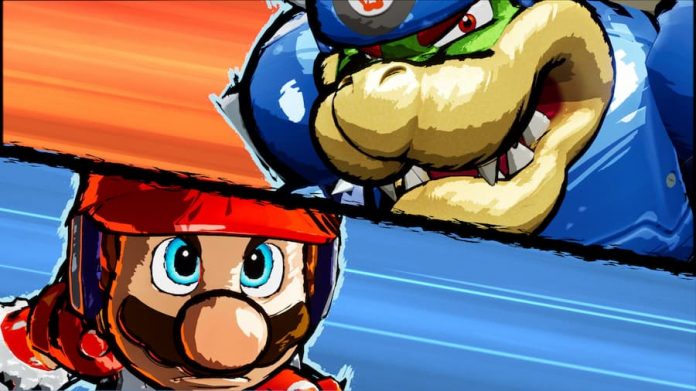 For a fun, casual, arcade football game, Mario Strikers: Battle League Football sure is rather complicated.

Its 5v5, no-holds-barred matches take place on fields with electrified barriers, meaning there are no throw-ins or corner kicks. There’s no referee either, so dirty tackles are allowed and the offside rule is thrown out of the window. No one even cares when the fans observing the match throw items onto the pitch, which players can then pick up and use; things like bombs, banana skins and shells. Ultimately though, this is still the game of football you know and love, only with some tweaks.

Other deviations from standard football here include the fact that you can only shoot when you’re on your opponent’s half of the pitch, and matches aren’t split into two halves. Also, if you happen to pick up a ball of energy, you’re able to perform a Hyper Strike; score with one, and you earn two points instead of the normal one. All in all, it’s about what expect of a football game from Nintendo. But it’s the further little nuances that take this out of the usual “fun for all” category.

The complexity of Mario Strikers: Battle League Football comes via the sheer number of moves you have available, and the ways they can be enhanced. Dodges, for example, are improved if you time them just right, allowing you to avoid a tackle and gain a burst of speed. Meanwhile, a charged tackle, timed just right, will take an opponent out and give you control of the ball. 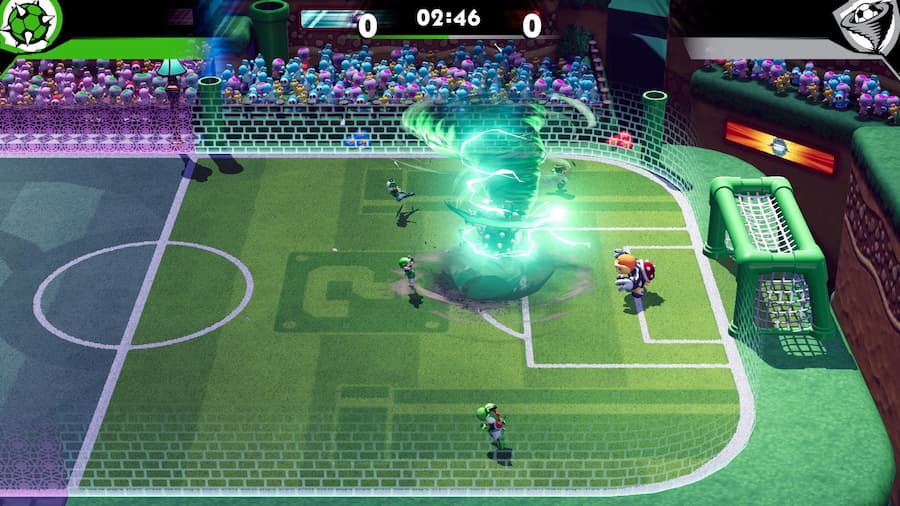 And there’s more: with perfect timing, passes become foolproof, and strikes become much more likely to go into the back of the net. At the beginning, it can all feel like too much to take in and comprehend; it all seems needlessly complicated. This kind of game is meant to be easy to pick up and play, but even those familiar with serious football games like FIFA might be bewildered. It also doesn’t help that the action is often so chaotic that it’s hard to keep track of the ball.

Those looking for a deep experience won’t mind so much, however. Put in the time, and mastering Mario Strikers: Battle League Football‘s mechanics will be rewarding. But it’s not the title you’ll be cracking out to play with non-gamer friends when you have some around, like Switch Sports.

It’s just a shame there’s not much to it. Aside from Quick Play, which is the only mode in which you can tweak things like the length of a match and whether items and Hyper Strikes are allowed, there are only two more modes to occupy the time of those who purchase Mario Strikers: Battle League Football.

Cup Battles mode presents players with a list of tournaments to play through, double elimination style. Pitting players against CPU opponents, perform well and you’ll earn tokens that you can use to customise and power up your dream team. It’s a rather enjoyable endeavour, but once you’ve beat all the tournaments available, there’s little reason to go back.

It’s those who aren’t afraid to take the action online that will get the most out of Mario Strikers: Battle League Football thanks to Strikers Club mode. Here, players join or create a club and aim to drive it to success during a season. It’s better with a group of friends or at least consistent players, but there’s long-lasting fun to be had as long as you can keep up with the competition. 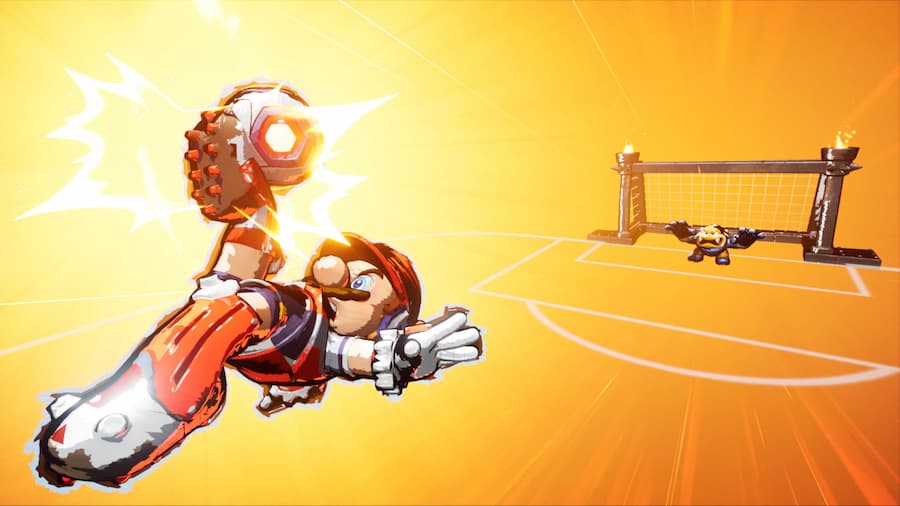 There’s one thing about Mario Strikers: Battle League Football, though: it’s impeccably presented. Hyper Strikes trigger wonderfully animated – and rather dramatic – scenes, while scoring goals rewards players with joyous celebrations. It’s a shame you can’t turn these things off, though, as well as automatic replays. They’re fun the first few times you watch them, but soon they start to wear thin. You can at least skip celebrations and replays once they’ve started.

Some will love the surprising amount of depth that Mario Strikers: Battle League Football offers, but those expecting something they can easily pick up and play perhaps won’t be as enamoured. It’s the lack of modes that’s the real kicker here, though. In addition to some other minor issues, it makes for a game that just doesn’t fulfil on its potential. Still, if you’re after a game that serves up a variation of football that is full of over the top action, there’s little in the way of competition.

This review of Mario Strikers: Battle League Football was facilitated by code provided by the game’s publisher. It’s available exclusively on Nintendo Switch.