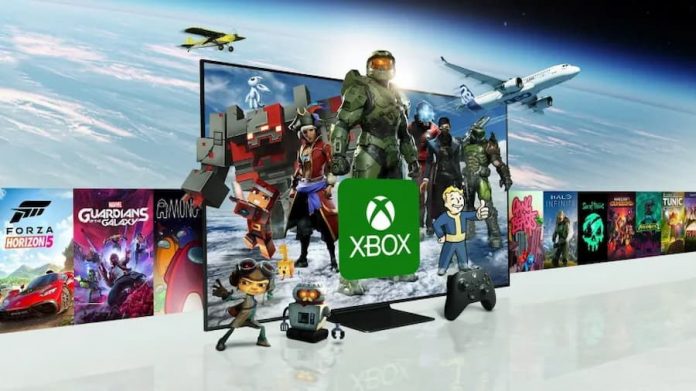 After 20 years of Xbox, Microsoft has given gamers a glimpse of the platform’s future.

And yes, we do mean platform, not console, because Microsoft is committed to making the Xbox a cross-device gaming platform. In the future, you’ll be able to play Xbox titles on your PC, console, mobile device, TV and any other piece of hardware the company can inject the technology into.

Microsoft outlined its plans in a recent Xbox News Wire post, revealing that this year’s Samsung’s Smart TVs will be the first to allow you to stream Xbox games through Xbox Cloud Gaming, providing you’re an Xbox Game Pass Ultimate subscriber (and have a Bluetooth-compatible controller). Ultimate subscribers can already play Xbox Cloud-compatible games on PC, mobile and Xbox.

“Playing Xbox games on Samsung’s 2022 Smart TVs will be a seamless experience – it will be similar to using any other streaming app on your TV”, the company boasts. It’s an exciting concept, though there are a couple of things to be aware of.

Firstly, the latest Samsung TVs tend not to have a headphone socket which may sound like a minor gripe but if you want to late night game without waking your neighbours you’ll need Bluetooth headphones or a special adapter.

Stream Xbox games directly on your TV, no console required

Enjoy over 100 cloud games with the Xbox app on your Samsung 2022 Smart TV: https://t.co/t2L6mM4ks3 pic.twitter.com/7dpquXjZPy

Secondly, the performance you’ll get depends on your internet speed. From our experience, Xbox Cloud Gaming is a great way to see whether Game Pass games are worth installing, but the image quality we’ve had has been noticeably poorer than running games natively.

Still, there are over 100 cloud games available, and with the money you’d otherwise spend on an Xbox Series X, you could subscribe to Xbox Game Pass Ultimate for over three years. And, having struggled to find a spare HDMI socket, we appreciate the convenience Xbox Cloud Gaming could offer Samsung 2022 Smart TV purchasers.

Aside from Xbox Cloud Gaming, Microsoft has also revealed it is adding a range of new pastel colours to Xbox Design Lab and rolling the service out to 11 other countries. Xbox Design Lab lets you customise the colours of your controller, creating a truly personalised controller or, if you prefer, craft a horrifically eye-offending device that no-one will dare touch.

On top of that, Xbox Game Pass members will be getting access to new, specially selected demos. Windows 11 will also be receiving some new game-centric features including an HDR calibration feature, and performance boosting efficiency mode for Windows 10 and 11 that dials back browser resources when you’re playing a game.

In short, Microsoft has big plans for the future. But will they stick? Well, we’ve got the next twenty years to find out.