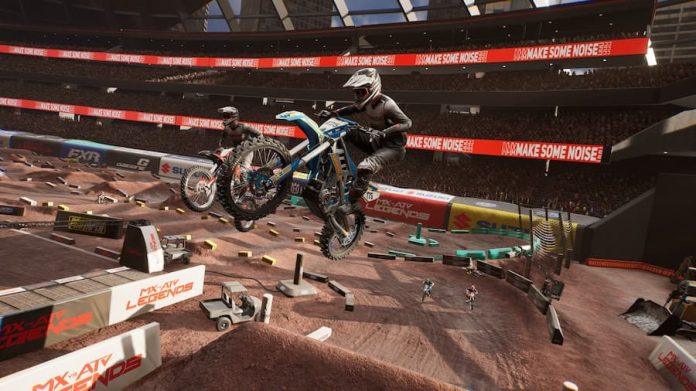 MX vs ATV Legends is here, the first game in the long-running off-road racing series since 2018. And, thankfully, it’s rather good fun.

We weren’t very impressed with the last MX vs ATV game. All Out scored a measly 4/10 for its lack of polish and poor mechanics. Its tidied-up re-release, MX vs ATV: All Out Anniversary Edition fared a bit better but it still hardly set our world on fire. Developer Rainbow Studios had some work to do, then, to bring the series back up to par. MX vs ATV Legends is certainly a big improvement, helped by the fact that this is the first ‘next-gen’ release from the series. But it still has its fair share of faults that hold it back from being a truly must-have entry in the racing game space.

What MX vs ATV: Legends does have going for it, though, is a whole lot of variety. There are three fully-fledged careers for you to work through, one each for bikes, ATVs and UTVs. You’ll need to complete a couple of bike events first, but then you’re free to jump onto another vehicle.

A short tutorial introduces you to the basics, as wrangling an off-road vehicle is rather different from getting behind the wheel of car in a standard racing game. You’re going to need to know when to lean when going around a corner or up a hill, and you’re going to have to control your throttle and balance when going over humps and jumps, amongst other things. 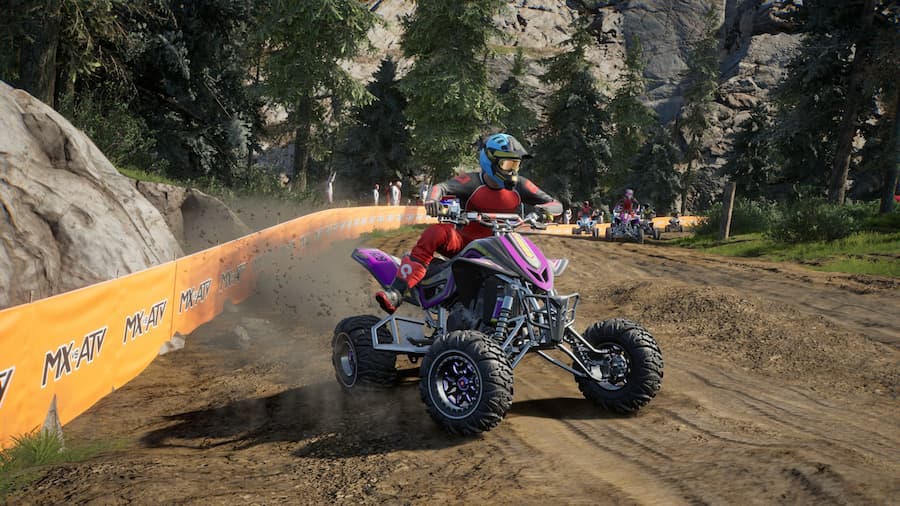 Each of the three vehicle types control rather differently, and so you’ll likely have your favourite. Motorcross bikes are, surprisingly enough, perhaps the easiest of the three to get to grips with, being fairly steady and giving you the most control. ATVs are much livelier, requiring more wrangling on your part to stay in control. And UTVs, being the most powerful of the three vehicle types, are quick to go wildly out of control if you aren’t perfect with your controls. That’s not to say they aren’t great fun to wrestle with, though.

No matter what vehicle type you prefer, you’ve got plenty of gameplay options available to you. The main single-player draw is, of course, career mode. Three separate careers await, taking you through a series of single events and championships.

As you work your way through them, you’ll earn money, unlock new vehicle upgrades and eventually unlock new vehicles entirely. You can jump into the ‘Garage’ at any time to tinker with the appearance and performance of your vehicle. The options are basic, but it’s nice to be able to upgrade what you’re working with.

Outside of career, you can also jump into quick play or a time trial event, or you can jump online to play with others. There’s also a split screen option for those who prefer to race with their nearest and dearest.

There’s quite a lot to keep you busy, then, but the most important question is: how does it play? As we’ve already said, this is an improvement on MX vs ATV: All Out. Vehicles control well, handling just as you’d expect them to. Yes, getting used to their nuances is tricky, but that’s part of the off-roading experience: it takes some getting used to.

But speeding up and down mounds of dirt in the vehicle of your choice feels exhilarating; if you come off your bike or fudge a landing, it feels like it’s down to a mistake you made rather than the game unfairly punishing you. It is a shame there’s no rewind function for when that happens, though, but thankfully you can reset yourself back on the track fairly quickly.

There’s a nice range of tracks and event types, too. You might be taking part in a straightforward lap race, or a point-to-point cross-country trails event. Maybe you’ll be in the great outdoors, or you’ll be taking part in a motorcross arena championship. Different terrain requires you to react differently; speeding down the side of a mountain feels completely different from going over man-made jumps in an arena setting, for example.

The AI isn’t perfect, however, and some tracks feel unfairly balanced. You can change the difficulty to suit, with different levels available between Very Easy and Hard, but no matter what you choose you’ll likely find some tracks are way harder than others. In the first ATV career event, for example, we couldn’t get anywhere near first place no matter how many times we tried. But we won the second event without even breaking a sweat.

It’s hardly a dealbreaker, though, and the good here does outweigh the bad. It also helps that, for the most part, it looks great. Yes, some of the animations are scrappy – seeing your opponents’ arms twitch when revving at the start of the race is laughable – but environments look great, and the vast outdoors is a joy to ride through. Tracks aren’t always signposted very clearly, however, so you may end up inadvertently going the wrong way a couple of times before you become more familiar with them. These aren’t closed-in roads where it’s impossible to go off-track, after all.

So, if you enjoy off-road racing, you can do much worse than MX vs ATV Legends. It’s certainly the best the series has been in some years, and looks better than ever thanks to being on PS5 for the first time. There’s a wide range of gameplay options available, and being able to wrangle with one of three vehicle types means you’re unlikely to get bored very quickly. The AI and balancing could do with a bit of tweaking, but it’s not enough to ruin the experience.

This review of MX vs ATV Legends is based on the PS5 version of the game, via a code provided by the publisher. It’s available on PS4, PS5, Xbox One, Xbox Series X/S and PC.