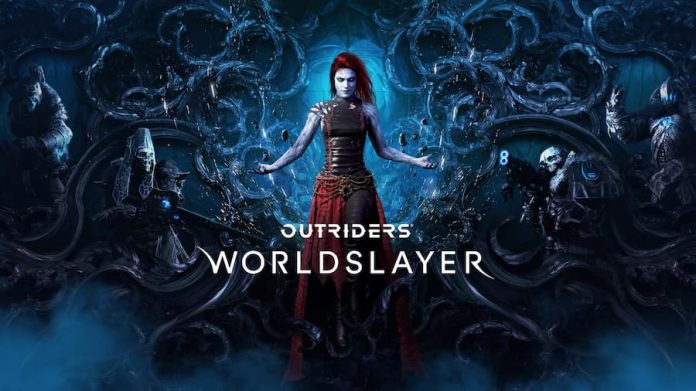 This evening, Square Enix shared a special Outriders broadcast, focusing on the new endgame content coming along with Worldslayer. Spoilers: there’s a lot of new stuff to look forward to.

If you’ve played Outriders to ultimate exhaustion – like we have – you’ll be glad to know that the upcoming expansion, Worldslayer, is going to add in a heck of a lot of new content. You can read more about the campaign and other new additions by clicking here. But today’s steam focused on what we loot hunters perhaps care most about: Worldslayer endgame content.

Worldslayer‘s new endgame comes in the form of the Trial of Tarya Gratar, a brand new area that “holds some of the deepest secrets of Enoch”. Hmm, secrets. We like the sound of that. Providing secrets = loot, of course. In Tarya Gratar, players will face off against deadly enemies, leading into the hardest boss battles you’ve faced yet. Or so we’re assuming, anyway. After all, endgame content isn’t for the weak.

Of course, killing these bosses and enemies means getting rewarded with new loot. You’ll also uncover loot-filled Troves, which we love the sound of. In Tarya Gratar, you’ll also be able to get your hands on brand new Apocalypse-level gear, featuring a third mod slot allowing you to make your character more fearsome than ever.

Outriders‘ developers have taken a gauntlet style approach to The Trial of Tarya Gratar. The idea is to see how far you can get, with the foes you face becoming ever more difficult. A run can be completed, which means starting back from the beginning next time. You’ll also lose your progress if you die too many times or give up. Tarya Gratar isn’t for quitters.

Watch the Outriders Broadcast for yourself below:

Of course, completing a run means you’ll be better equipped next time you jump into it, allowing you to face challenges more confidently – and continue to unlock even better loot.

A large part of Outriders Worldslayer‘s endgame content is the new Ascension levels. As you level up you’ll be able to tackle Tarya Gratar on tougher difficulties, unlocking better, rarer rewards.

We enjoyed Outriders‘ original endgame content at launch, but it didn’t take too long to exhaust most of what it had to offer. Worldslayer‘s endgame has been built with longer play in mind, and so we’re looking forward to getting our hands on it.

Simply the promise of more enemies, more loot and new character levels to earn is enough to pique our interested. We’re excited to dive in when Worldslayer launches on 30th June on PS4, PS5, Xbox One, Xbox Series X/S and PC.