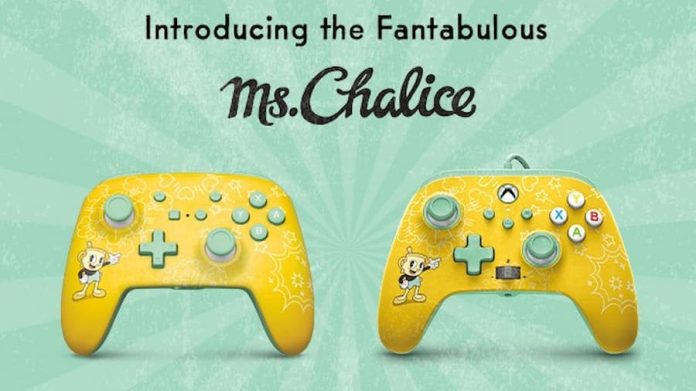 Last week, PowerA unveiled its latest Switch and Xbox controller design. If you’re a Cuphead fan, you may be interested in this one.

Just in time for Cuphead’s The Delicious Last Course expansion launching later this month, The latest controller design from PowerA features Ms Chalice. Bright and colourful just like the game itself, the controller is sure to please fans of the game.

The faceplate of both controllers is a bright, vibrant yellow, and an image of Ms Chalice is printed on the left-hand side. Buttons are coloured mint green, complementing the yellow wonderfully.

And if you’re in the market for a new controller for Switch or Xbox, PowerA makes a good choice. We’ve tried out many of its controllers in the past and, along with having wonderful designs, they’re well-made and pleasant to use.

They’re reasonably-priced, too. The Xbox Ms Chalice controller (wired) costs $39.99. It features all of the buttons of an official Xbox controller along with a very handy headset input switch. The Switch controller, on the other hand, is wireless, costing $54.99. Both less than the price of their official counterparts – and with a much more interesting design to boot.

Both controllers are available now directly from the PowerA website or selected third-party retailers.