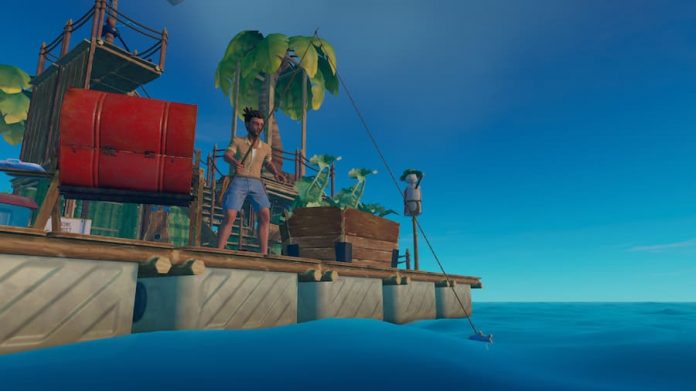 Feel like finding yourself all at Sea? Raft, which has just left Steam Early Access, has you covered.

Actually, “covered” is a bit of a stretch, since if you want protection from the elements you’ll have to craft it yourself. Whether you survive your water endeavours is entirely up to you; you’ll have to fend off sharks, gather water, and much much more.

Sound familiar? It should – it’s a similar premise to the rather excellent (though technically still Early Access) Stranded Deep. But unlike the latter which focuses in island-based survival, Raft – as the name suggests – focuses on your ocean-going endeavours. You’re encouraged to build up your raft, make pit-stops at islands to gather resources, and then keep going.

Raft’s latest update, which brings it to version 1.0, adds new destinations, voice acting for story notes and so forth. Developer Redbeet Interactive have stated they now consider the game complete, story included. Does that mean that, once you’ve uncovered the full tale, you should just quit? Not at all – Raft supports multiplayer and there’s plenty of fun to be had from working (or failing to work) as a team.

Raft is currently available on PC – a console release seems like a smart move but there’s no news as yet. It’s available through Steam for £14.99, with a launch discount making it £12.74.