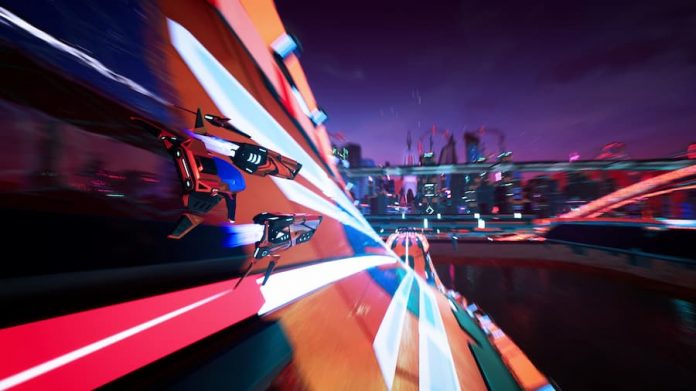 If you want to go fast, Redout 2 is the game to do it with.

On the face of it, Redout 2 seems like a completely unnecessary sequel. After all, the original Redout isn’t exactly old and it still looks and plays great. Though while Redout 2 at first glance just looks like more of the same, there are some underlying changes that significantly alter how you approach it.

Perhaps the biggest change is the focus on boost. Pickups are gone, and now boosting can be done at pretty much any time. But there’s a caveat. When you boost, your ship heats up. And once it hits max temperature, your hull starts to deplete. If your hull is fully depleted, you crash and burn. Time to respawn, and probably also restart if you want to be on the podium.

Thankfully, as long as you don’t fully deplete your hull, it will automatically replenish over time if you stop boosting. Just make sure you don’t crash while your hull is still low. In any case, you get the idea of the risk versus reward system that this creates. Boosting is required to win, but you need to use it effectively. And there’s also a new type of boost in Redout 2 that you can combine it with: the limited use Hyper Boost. 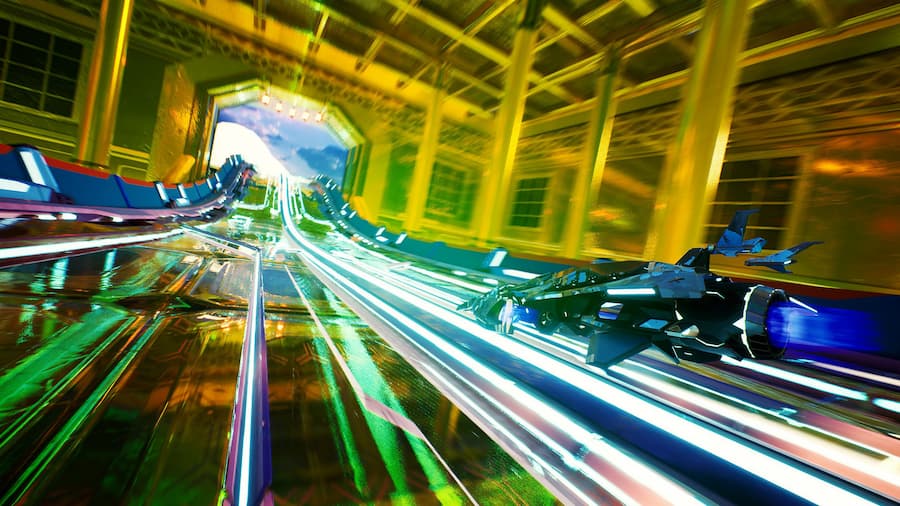 Combined with the same type of devious track design as found in Redout, Redout 2 is challenging from the get-go and simply gets harder. It’s so hard, in fact, that some players may even have trouble accessing the game’s career mode. You’re forced to compete some tutorials before your let loose with the game’s full settings, but one test focused on boost has ridiculous passing requirements.

When, or if, you make it into the career, there’s a real shock in store for original Redout fans: there’s no longer a range of ships available, each with their own strengths and weaknesses. Now, everyone starts in the same old bog-standard ship, and to keep up with the competition and tweak it to your preferences, you need to unlock and equip upgrades, earned by completing events. These come in the varieties you’re probably used to: races, time trials, speed events and boss races.

Again, though, some players may seriously struggle with some of them. While there are a wide range of assists available, including rewind, and a numerous difficulty levels, some events are much more fiendish than others.

Fortunately, most straight-up races can be made manageable by lowering the difficulty, but it doesn’t help with the time trials where you’ll need to race like a pro to even reach the Bronze reward. It doesn’t help that the performance rating of your ship is often at the lower end of what’s recommended.

Until you’ve put some serious time into Redout 2‘s career, which is vast, you simply don’t have much direction of the development of your ship. Initially you’ll need to just equip anything you’re given to get your performance up.

It will take a while until you can mull over a range of options for your propulsion unit or rudder, allowing you to favour acceleration over top speed or steering versus strafe. It can make the early hours suffocating, like you’re not being trusted to take your own path. And eventually you will unlock new ships to use.

Outside of career, Redout 2 an arcade mode where you can set up events to your liking on the large number of tracks available. All ships are available, too, with maxed out stats to boot. There’s also an online multiplayer mode, but ranked races aren’t available just yet. In any case, if you try to jump into a casual race you might end up disappointed. Playing the PS5 version of Redout 2 for review, we’ve found it hard to find to find a race at times, so bear that in mind.

While the core gameplay of Redout 2 is solid, the difficulty spikes will suck much of the fun out of the experience for some. And while steadily developing your ship helps players adjust to the increase in speed over the course of the career, it’s a strange and unfortunate choice to not offer a range of starting craft, tuned to multiple play styles. With a bit of work, then, Redout 2 could really stand out in the anti-gravity racer genre. But until then, it’s hard to recommend to all but the brave and the hardcore.

This review of Redout 2 is based on the PS5 version, with a code provided by the game’s publisher. It’s available on PS4, PS5, Xbox One, Xbox Series X/S, Switch and PC.