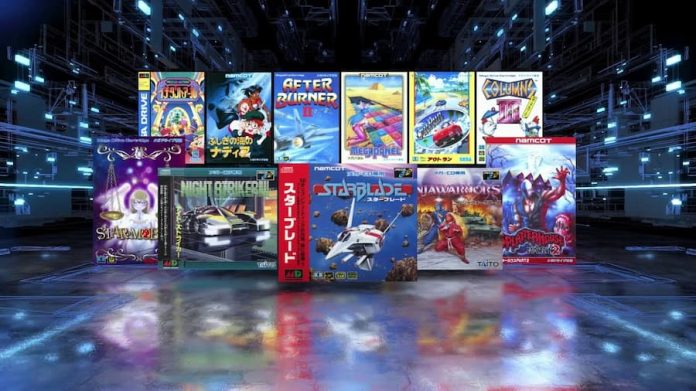 Wondering what’s coming to the Sega Mega Drive Mini 2? Sega have revealed the next ten titles set to launch with the micro-console.

At least, these are the titles that are coming to the Japanese version of the device; some of the titles will probably end up being swapped out for other titles when they hit the west. That was certainly the case with the Sega Mega Drive Mini; yes, the Mega Drive Mini 2 doesn’t have a western release date but it’s bound to make it to these shores.

There’ll be fifty titles in total; the first twelve have been revealed(you can find them listed here) and Sega will, no doubt, continue to drip-feed us the remainder between now and the Sega Mega Drive Mini 2’s October release date.

Here, then, are the latest ten titles:

There are two that jump right out at us, for entirely different reasons. After Burner II was – and still is – a fantastic, frenetic arcade-shooter and translated impressively well onto the Mega Drive. Yes, Out Run is also cool but given the choice of the two, we know which one we’d sit down with.

If you’re wondering why After Burner is absent, it’s because After Burner II contains most of After Burner’s content – despite the title, it’s basically After Burner 1.5. It added a throttle and a few new levels, then mixed up the existing ones.

Splatterhouse 2, or Splatterhouse Part 2 as the announcement video calls it, also has our attention. Why? Because it’s ridiculously gory and includes a sequence where you dispatch dangling foetuses with a chainsaw. At the time of its release, it raised some fuss and we can well imagine that particular sequence causing a stir all over again.

The Sega Mega Drive Mini 2 is set to launch in Japan this October 27th priced at ¥9980, though given the risk of being stung for import taxes we’re inclined to wait till it gets a formal western release. 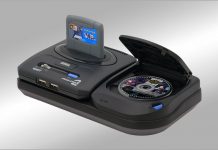