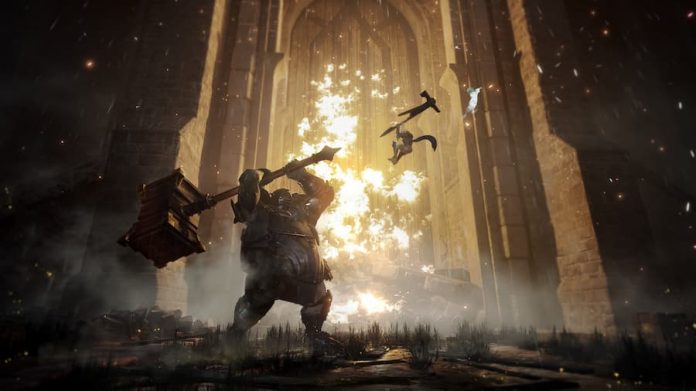 With a new Devil May Cry game not likely to happen anytime soon, fans of character-driven action games should perhaps keep Soulstice on their radar instead.

Launching later this year on PC and next-gen (or should that be current-gen?) consoles, Soulstice casts players as a duo of sisters, fused together to form a Chimera. Briar has perhaps benefited the most from the process, having been granted a physical body and superhuman strength. Lute, on the other hand, is now a ghost who assists Briar with her mystical powers. Together they’re quite a force to be reckoned with.

We’ve been hands-on with a small portion of Soulstice, allowing us to get a preview of what’s to come. What we didn’t expect was for it to remind us so much of Devil May Cry. At least from a gameplay perspective, anyway. While Soulstice‘s fantasy settings is more out-there than any of picturesque European-inspired haunts that Dante and co. visit, its combat has certainly been influenced by their exploits. And that’s not a bad thing.

Taking direct control of Briar, players can swing her signature gigantic sword to perform punishing combos, and different rhythms have varying results. But to make things more interesting, Briar also has access to numerous secondary weapons. In the preview we had access to a giant hammer and a whip, and were able to attack with them exclusively or work them into combos with other weapons. 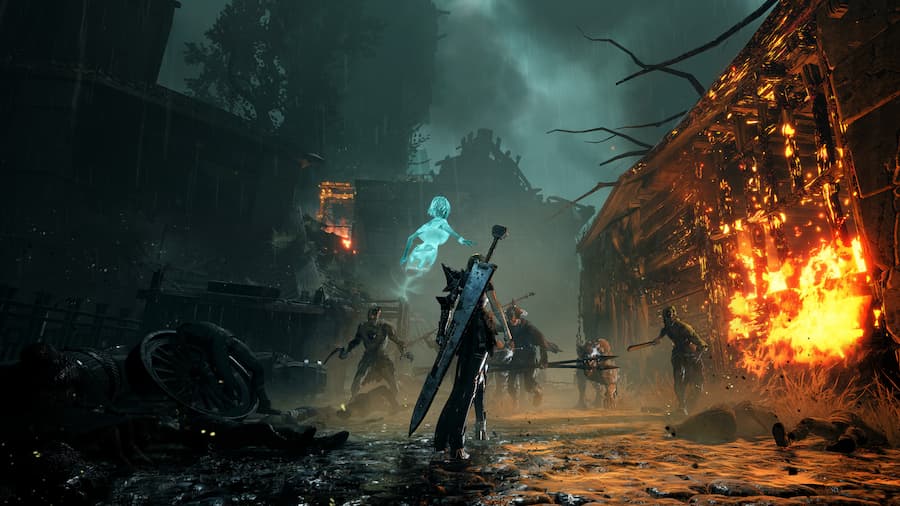 You could start a sword combo, for example, and then end it with a powerful thwack of your giant hammer. Or you could start with the hammer, transition to the sword, and then switch your secondary weapon to the whip to end with that. With each weapon having its own range of moves to unlock, the combo possibilities are vast, leading to a combat system that as rewarding as it is fast-paced.

There’s more, too, as Lute also has a role to play. She’ll assist you in any way that she can, using unlocked skills to bolster your attack and defence. Button prompts will also appear on screen when enemies are about to attack, and if you’re quick enough you can get Lute to intercept them, giving you time to quickly dash out of the way. Utilise both characters effectively, raising the combo meter, and you can even perform a powerful – and flashy – Unity attack.

It’s Lute’s ability to create a duo of magical fields that you’ll be most thankful for, though. Adding a puzzle element to the game, ethereal blue enemies and objects in the environment can be solidified by activating a blue forcefield when close. And on the flipside, red crystalline growths and enemies that are fused with them can only be destroyed when a red forcefield is raised. It adds another element to combat and exploration, especially considering that these forcefields can’t be raised indefinitely.

As we battled our way through a city under attack from grotesque foes, the combination of fixed and free camera angles also reminded us of the likes of Devil May Cry. And along we way, we encountered a strange man who allowed us to collect the red and blue shards we’d collected to upgrades Briar’s and Lute’s skills respectively. As you’d expect, the demo ended with an epic boss fight, challenging us to use the tricks we’d learned to overcome a particularly tricky foe.

While we were already geared up for Soulstice before going hands-on with it thanks to its fantasy setting and focus on combat, this new preview has enabled us to see it in a new light. Taking inspiration from the best games in the genre, it seems set to impress, borrowing tried and tested elements and mechanics while adding a smattering of its own. If what we’ve played can be considered the baseline for the full experience that Soulstice will provide, we’re going to be in for a very good time later this year. 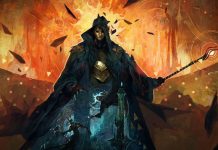