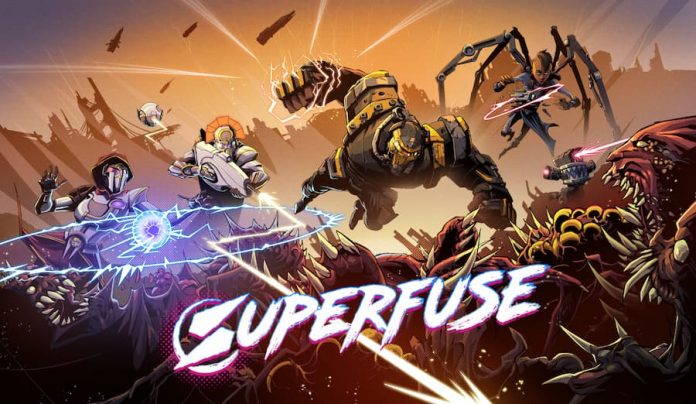 And, quite honestly, it looks like a lot of fun. Superfuse is set in a future where Earth has failed, and so humans have fled to new planets across the solar system. Yes, that old chestnut. Players will take on the role of an Enforcer, an individual imbued with superhero powers, who’s tasked with defending mankind against the ‘Corruption’.

You see, the threat of the ‘Corruption’ was contained on Earth some 30 years before the events of Superfuse. Humans thought they had it under control, but it turns out not. Now, that Corruption is spreading, and is threatening the new colonies that humankind has set up across space. That’s where you, the Enforcer, comes in.

Playable solo and in co-op, Superfuse promises plenty of action and combat. What excites us most, though, is the idea of super-customisable characters. And of course, a lot of loot. We’ll be able to build our characters in many different ways thanks to detailed skill trees. And loot comes in the form of weapons, armour and boosters, all dropping with randomised stats. Oh, how we love loot.

If Superfuse sounds like your sort of thing, you’ll be able to play it this autumn when it lands in Early Access. Find out more, and add it to your Steam wishlist, by clicking here.