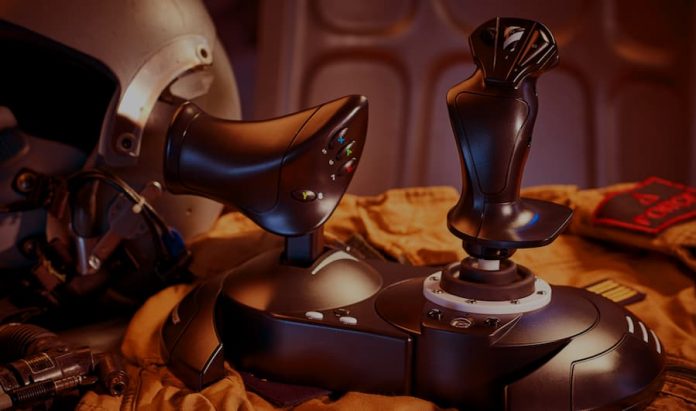 With Top Gun Maverick a roaring success with cinema-goers, chances are there’s going to be renewed interest in flight simulator games.

Of course, there’s always been a hardcore contingent of players that love nothing more than taking to the skies, and who can blame them? It truly is something special looking down on the world from above. And thanks to Microsoft Flight Simulator being available on consoles for the first time, it’s something that’s more accessible than ever before.

So, accessible, in fact, that you can now take flight just with a standard Xbox controller. Though while it does the job, it’s not the best way to enjoy such an experience. Ideally you need a flight stick. And on Xbox, there’s one that really stands out when it comes to balancing performance and affordability: the T.Flight Hotas One.

With an RRP of £89.99, the T.Flight Hotas One costs more than a standard Xbox controller, for sure. But when you get it out of the box you’ll be surprised at its sturdy construction and size. It may be made primarily out of plastic, but it is solid and certainly looks the part with its array of buttons. Comprised of a throttle and a joystick, there are two configurations options, too; both connected together into one unit, or detached. 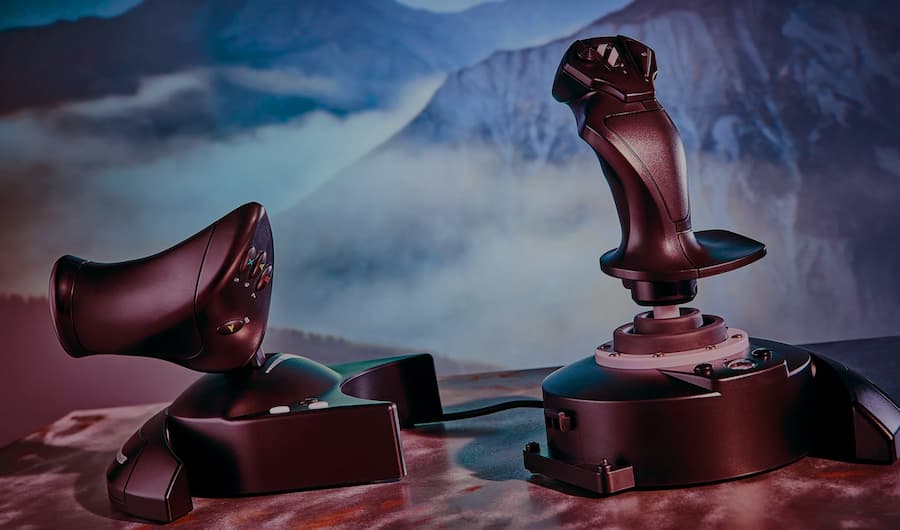 It may be less realistic, but we prefer them being together as one. It’s a process that involves retrieving the Alan key from a slot underneath the joystick, loosening some bolts, then securing the throttle in place using a handy clip before tightening the bolts up again. It’s simple, really, and once completed everything is as solid as a rock. The underside of the throttle has a place to keep the cables tidy as well.

Once you’re happy with your setup, all you need to do is plug the flight stick into your Xbox via USB and you’re ready for action. Booting up Microsoft Flight Simulator, it’s unfortunate that you may still need to also connect your standard controller to navigate certain menus – they’re seemingly hit and miss. It should detect the T.Flight Hotas One automatically, however, and so once you’re on the runway or in the air, all of your attention can be given it.

Using the chunky throttle to increase and decrease the speed of your plane feels much more intuitive and authentic with the T.Flight Hotas One. It also houses a number of buttons that give you easy access to additional functions. While the joystick can be rotated to control the rudder, for example, the throttle also has a a lever-like button also capable of the task. Trim can also be adjusted. 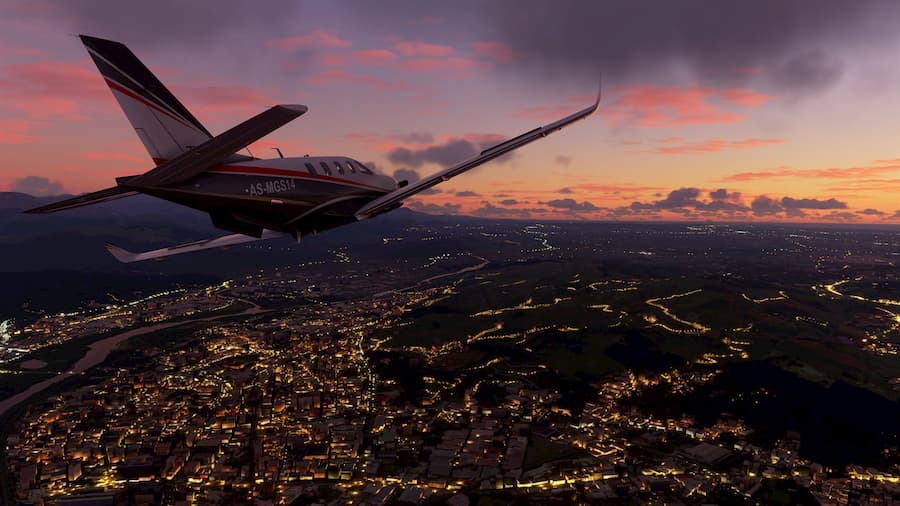 When it comes to the joystick, using it to maintain control of a plane not only feels more realistic, but also more exciting. You feel more capable of making minor adjustments to keep your craft on your set course, fighting against external elements such as the wind. You can adjust the resistance of the stick via a dial on the underside of the base, too. Ultimately, it all leads to you becoming more immersed in the experience, especially if you make use of the cockpit view. On Xbox Series X, where the visuals are at their best, everything is eerily lifelike.

Other Games That Use T.Flight Hotas One

Microsoft Flight Simulator isn’t everyone’s cup of tea, though. It’s great if you want to take in the sights and painstakingly learn how much work it is to actually control a plane, but for many that won’t be exciting. Thankfully, there are many more games on Xbox also compatible with the T.Flight Hotas One that can really get your adrenaline pumping.

One such game is Ace Combat 7. With combat brought into the fray, the risks are suddenly higher. Plus, you’re piloting high-speed fighter jets as standard here. The controls are much the same as they are in Microsoft Flight Simulator, but now you have your weapon systems to consider. The trigger on the joystick fires your machine guns, a button on the top of the joystick fire your rockets, and another button to the right of that changes the rockets you have equipped. 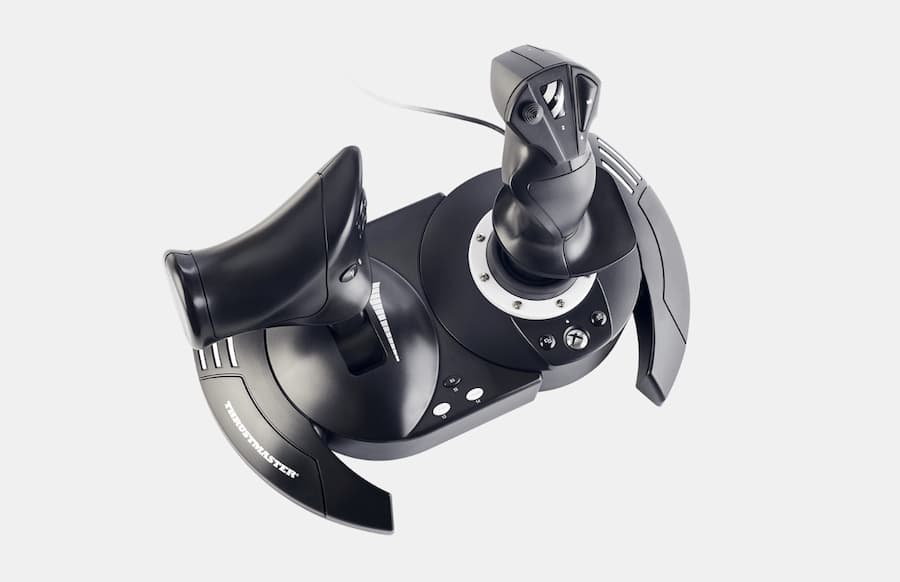 Playing Ace Combat 7 with the T.Flight Hotas One is an absolute thrill ride. It takes a little getting used to if you’ve been playing with a controller for most of your life, but when it clicks you won’t look back. You’re simply closer to the action, and have more direct control over the movements of your plane. It truly is a game-changer.

Also to consider is that while the T.Flight Hotas One is designed with Xbox in mind, it’s also compatible with PC. Simply adjust a switch on the back of the unit and it will work with a wide range of PC titles, opening up the floodgates for yet more flying experiences.

Some non-flying games are enhanced when using it, too, such as Mechwarrior 5, a game where you pilot giant robots in combat. So, if you have an Xbox as well as a PC that’s suitable for gaming, it’s a win-win situation. 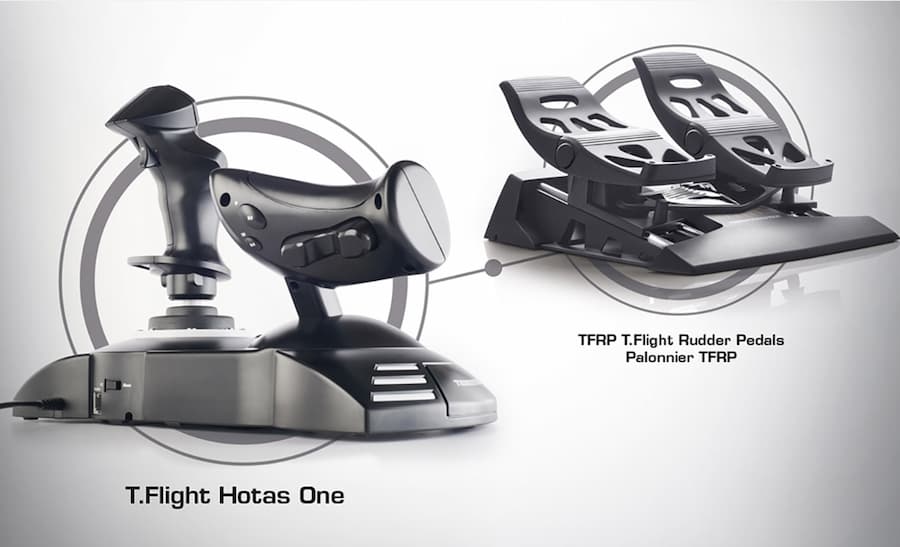 Unless you’re hellbent on getting your feet involved, though, we found them unnecessary. You already have two rudder options on the flight stick alone, and the pedals make things much more complicated. Still, if you want authenticity, bear them in mind. You also save a little by buying them bundles together; both the T.Flight Hotas One and the T. Flight Rudder Pedals are £89.99 separately, while the T.Flight Full Kit X is 159.99.

There aren’t many flight sticks on the market compatible with Xbox, admittedly. But when the T.Flight Hotas One does everything you need it to, and is available at a price that’s very reasonable, it doesn’t need to be an issue. So, whether it’s because you want to make your Microsoft Flight Simulator sessions more believable, or your aerial encounters in Ace Combat 7 more exciting, the T.Flight Hotas One is definitely worth picking up.

The T.Flight Hotas One is available now from the official Thrustmaster store and third-party retailers such as Amazon. A review unit was provided to GameSpew for evaluation.