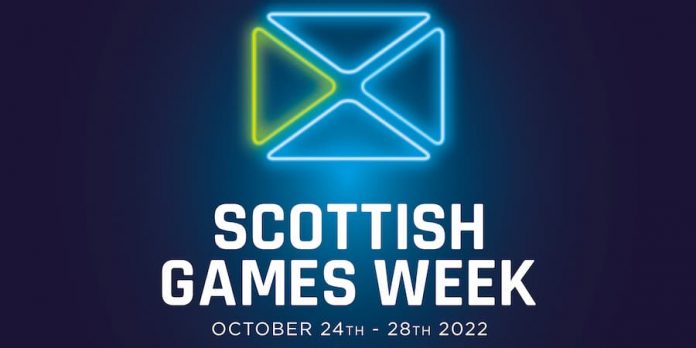 To us, DMA Design will always be the Scottish games developer. Creators of the original Grand Theft Auto, the ridiculously addictive Lemmings and more, they’re who we picture whenever someone mentions the industry (even if they’re now known as  Rockstar North).

But there’s much more to the industry than Lemmings and the event aims to celebrate and support that. Organised by the Scottish Games Network, it takes place between October 24th and October 28th and will feature a wealth of events, including the Scottish Games Awards.

There’ll be talks from a whole range of industry professionals aimed at both a gaming and non-gaming audience. For example, there’s a two-day industry conference in Dundee and, elsewhere, there’s a a less hardcore “More Than Games” event aimed at promoting the value of digital tools.

So how do you get to watch and, with events taking place in Glasgow, Edinburgh, Dundee, the Highlands etc, can you even make all the events? The good news is that the events can be watched in-person or online; to find out how to get tickets, check here.

Mark your calendars folks. The first ever Scottish Games Week is taking place from October 24-28 2022.

Including events in #Glasgow, #Dundee, #Edinburgh, the Scottish #Highlands and #borders

There’s no news yet as to whether any current Rockstar North staffers will be putting in an appearance. But the SGN was founded by Brian Baglow who used to work for DMA Design and was one of the writers on the original Grand Theft Auto. The organisation will be announcing a full line up of speakers and topics closer to October.

However, you still also have the chance to suggest speakers (by emailing the SGN from the link on their website); yes, some are already lined but but there’s no harm in chiming in if you’ve got a favourite Scottish games industry figure.  Check out the Scottish Games Network’s website for more information.