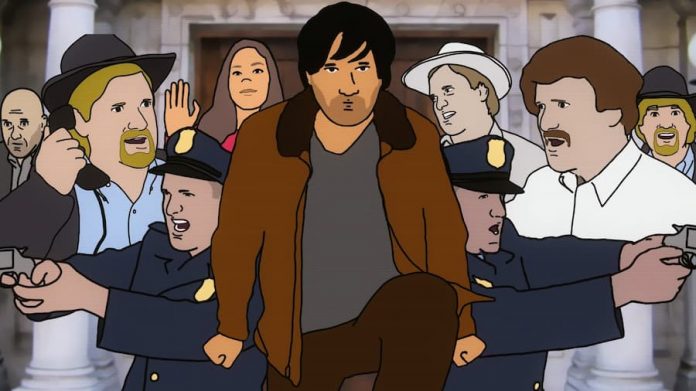 ‘Speedrunners from the NPC’s perspective’ is a short YouTube series that never fails to make us laugh and we’re happy to report the latest entry is here.

The work of YouTuber and animator Goat-on-a-Stick, Speedrunners from the NPC’s perspective does exactly what it says on the tin – it shows a speedrunner from the perspective of an NPC, and it’s quite something. Yes, some speedrunners play the game “properly”, but others will exploit any glitch to shave time off their run, clipping through the floor and so on.

Neither tactic is less valid but the video series, which we stumbled across last August, concerns itself with the latter. It’s set in a Grand Theft Auto-style world, and has NPCs utterly bemused at the protagonist’s ability to annihilate mob bosses with no effort, break into safes and.. well, we won’t spoil it for you.

Suffice to say, if NPCs ever gain sentience, the prospect of being gunned down, then respawned, then gunned down again, is horrifying enough. We doubt their sanity could stand some of the shenanigans speedrunners get up to, which could end up pushing them over the edge.

Is it the last in the series? According to the video description it is, but we have our fingers crossed we’ll see the speedrunner return, when the city truly needs him. You can check the video out above and find Goat-on-a-Stick’s other videos here. We can heartily recommend Never Underestimate Knife Galsia.