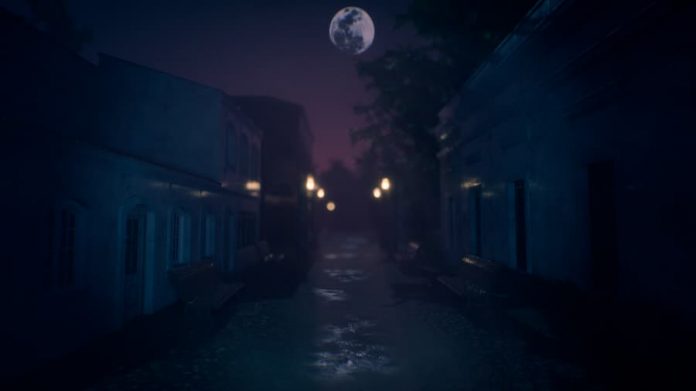 It’s a genre that big studios don’t like to touch. At least not in recent years. You see, you can’t have mass appeal if your game or film is genuinely too scary. And so it’s left up to aspiring directors and independent game developers to serve up spooks and scares. The problem is, it rarely turns out well. The Origin: Blind Maid, now available on consoles after a stint on PC, is the latest example.

In The Origin: Blind Maid, you take on the role of a corrupt politician fleeing from justice. But unfortunately for him, he’s unknowingly stopped his car in an area steeped in dark legends. What follows is a horrifying ordeal, but for all the wrong reasons. Simply put, while The Origin: Blind Maid does do a good job of creating a unsettling atmosphere, it’s the gameplay that will scare you away from playing rather than the actual horrors found within the game.

Played from a first-person viewpoint (though there is a third-person option that’s apparently in testing), The Origin: Blind Maid doesn’t hold your hand. It gives you vague objectives, but with fairly open areas you can spend a lot of time aimlessly wandering around until you stumble upon what you’re supposed to do. That wouldn’t be too bad if it wasn’t for the fact that your character’s walking speed is awfully slow. And if you run, you run out of stamina in a matter of seconds.

That’s just one of The Origin: Blind Maid‘s issues, though. And there are a lot of them. There’s a sneaking system, for example, that doesn’t seem to work. Neither does the ability to dodge. Also, if you run out of bullets for the gun you’re given at the start of the game, you have zero way to defend yourself as there’s no melee option. You have to just run away and try to avoid enemies that have unlimited stamina.

When it comes to enemies, they’re not all that terrifying compared to the random noises you hear while exploring. When they detect you, they just charge and lunge at you, moving in a way that makes it hard to get them in the sights of your gun. Although that’s if you can even raise your gun – there appears to be a weird glitch where you can’t in some instances, leaving you left like a sitting duck.

Already, then, you should be getting a picture of how bad The Origin: Blind Maid is. And when you also add in subtitles that don’t always match up with the dialogue, and fiddly menus and controls in general, it should be clear that this is a game to be avoided. Even neat ideas such as a crafting system and character upgrades can’t save it.

So, unless you’re a glutton for punishment, it’s wise to steer clear of The Origin: Blind Maid. It looks and plays like an early access game. Its hodgepodge of ideas and mechanics sound good on paper but they have been implemented so poorly that there’s nothing redeeming about the end result.

Ultimately, the scariest thing about The Origin: Blind Maid is the idea of playing it. And I’m not sure that was what developer Waraní Studios was aiming for.

The Origin: Blind Maid is available now on PS4 and PC.