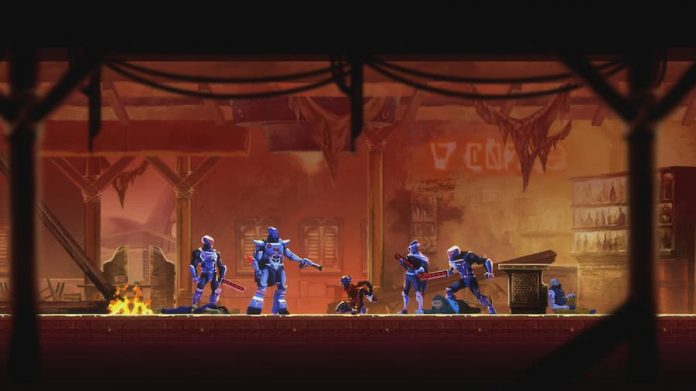 If you’re in the market for a new 2D adventure game, you could do much worse than They Always Run.

There are many games that cast you as a bounty hunter, but only They Always Run casts you as one with a third arm. And it’s not just for show, either. Not only can it be used to break your way through an opponent’s defences, it can also be used to shoot a third target. Why dual-wield when you can triple-wield?

The three-armed bounty hunter you’re in control of in They Always Run is Aiden, a man who is doggedly chasing down a target that is personal to him. The game picks up with him doing a job to catch a lead, and it’s the perfect opportunity to teach you the basics. And there’s a decent amount to cover.

A 2D platforming adventure game with a fair amount of combat, They Always Run keeps you on your toes. One minute you’ll be jumping from one platform to another, or flinging yourself from railings. The next you’ll be in heated combat, slashing at enemies, hitting them with your extra arm, and maybe making use of your firearms. You’ll eventually even gain the use of a grappling hook. And of course, over time you’re able to upgrade your abilities and equipment. 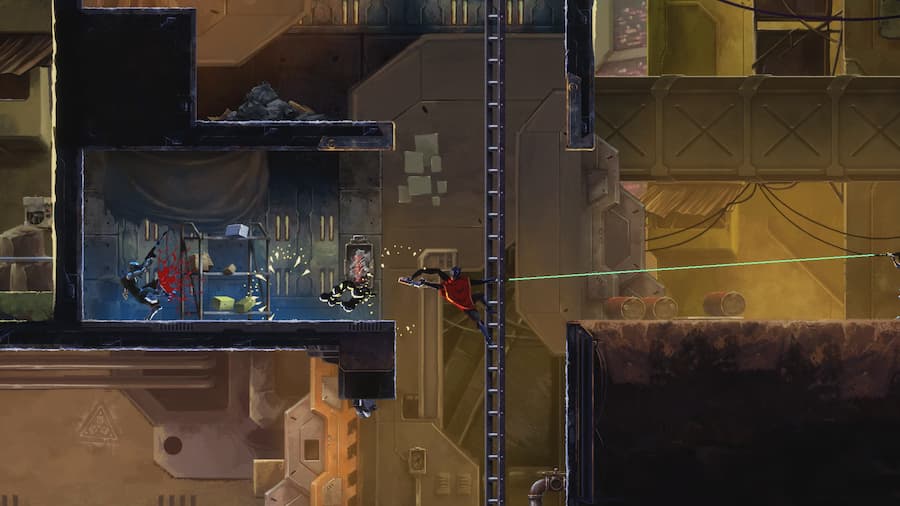 The combat is fast paced, and feels a little reminiscent of that found in games like Batman: Arkham Asylum. That is, you have a button to attack, and another to counter enemies if pressed when a blue marker appears over their heads. Attacks with a red marker, meanwhile, need to be dodged. The main twist here, though, is that you can take direct control of your third arm to break through an opponent’s defences if they begin to guard. And if they aren’t guarding, it hits hard.

Battles can be challenging, and platforming sections present many opportunities to fall to your death, but thankfully a lenient checkpoint system prevents failure from feeling frustrating. Instead, it’s going to be other issues that leave a bit of a sour taste in your mouth, like an abundance of forced walking sections, and minor bugs such as Aiden being momentarily trapped in a falling animation when running off a ledge. 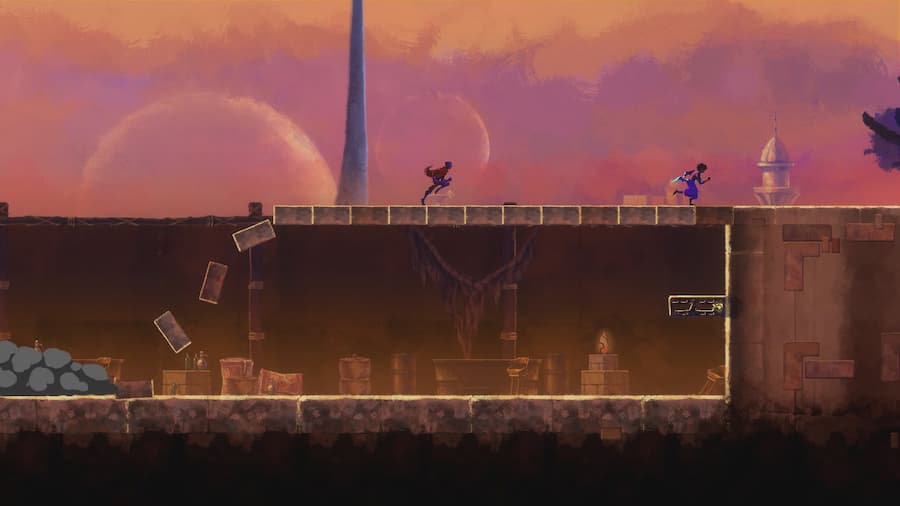 Perhaps the thing that will most get in the way of you fully enjoying They Always Run, however, is the loose feeling of its controls. You never feel like you can be precise with your actions or movements, which is disappointing in a game that gives you access to a range of wonderfully acrobatic moves. It just doesn’t feel as nice to play as it should.

Still, They Always Run may have its issues, but the good outweighs the bad. The combat is exciting and the chase sequences exhilarating. The platforming bits in-between are fun for the most part, too, apart from the odd moment where the controls feel like they’re working against you. And while the story may be quite brief, it does keep you invested. So, if you’re interested in becoming a bounty hunter for a short while, They Always Run is worth your attention.

This review of They Always Run is based on the PS4 version (played on PS5), with a code provided by the game’s publisher. It’s available on PS4, Xbox One, Switch and PC. 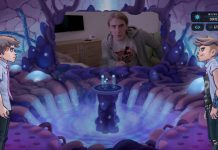