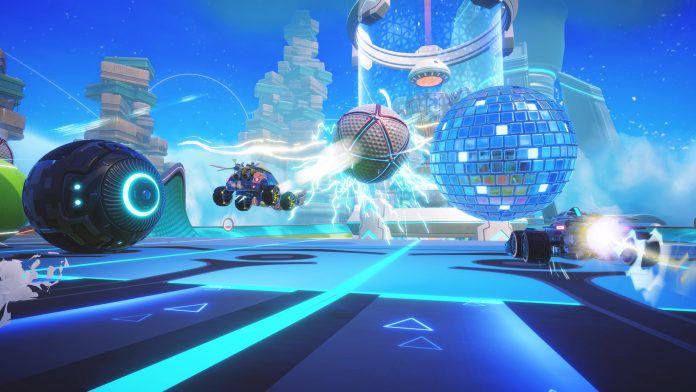 Are you ready for some Turbo Golf Racing? You don’t have to wait much longer to get your hands on it.

A fast-paced competitive arcade racing-meets-golf game that pits up to eight players against each other, Turbo Golf Racing promises to be a lot of fun. Taking control of a turbo-powered car, you’ll be competing against other players to drive a giant golf ball into the finishing cup. But with up to seven others all trying to do the same thing, we’re fairly confident chaos is gong to ensue. But that’s all part of the fun.

Announced today at the Future Games Show, Turbo Golf Racing will be launching into Early Access on Steam and Game Preview on Xbox One and Xbox Series X/S on 4th August. Better yet, if you’re a Game Pass subscriber, you’ll be able to play it as part of your membership.

If August sounds too far away, you can jump into the game’s second beta from today. Yep, right now. Between today, 11th June and Monday 20th June, you can access the beta to try out the game for yourself. On Steam, simply download the Turbo Golf Racing demo to access the beta. On Xbox, you’ll need to register for the preview via the Xbox Insider App.

Joining the beta will net you some rewards when the full game unlocks on 4th August. Reach level 2 in the Beta Season, and you’ll get an avatar. Reach level 7 to get a set of wheels, and reach level 11 to get a spoiler.