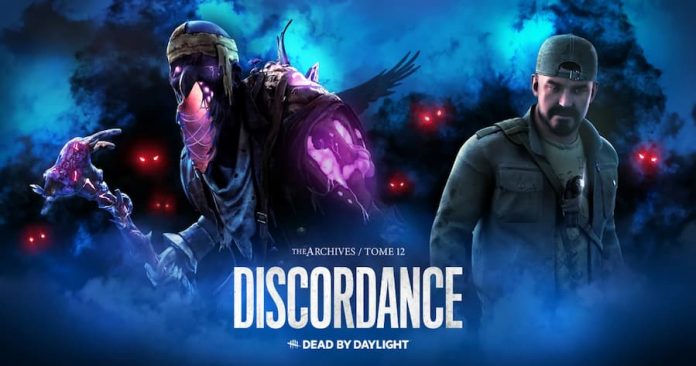 Dead by Daylight has a new update, available today, which adds an extra helping of lore. But if you couldn’t care less about story, you’re still in for a surprise.

The Discordance Dead by Daylight update adds “the new Archives Tome featuring new memories for The Blight and Jonah Vasquez and a new Rift with 70 levels of rewards to unlock”, which is great if you’re a serious lore-fan. But the biggest changes have more to with the way the game plays.

Following user feedback, and checking out how people actually play this asymmetrical survivors-vs-slasher game, they’ve implemented a range of changes, covering balancing and beyond. “Today marks a new era of Dead bv Daylight as a major gameplay overhaul is put in effect, thus changing the landscape of the game as fans know it,” reads developer Behaviour Interactive’s statement.

In essence, they’re trying to make the game more fun for all players, so that they actually keep coming back. You can find the full patch notes here, but the most significant changes are as follows:

It seems as if the killer in particular, has a better chance of catching the survivors. That said, given that the perks have been shaken up you may find that a killer or survivor build you favoured is no longer as powerful as it once was.

Aside from this update, which arrives today, Attack on Titan costumes have been added to the game, if you want to give your character a cosmetic overhaul. And if you missed out on the last major update, you can – provided you purchase the chapter – play as a teleporting locker-dwelling monster.