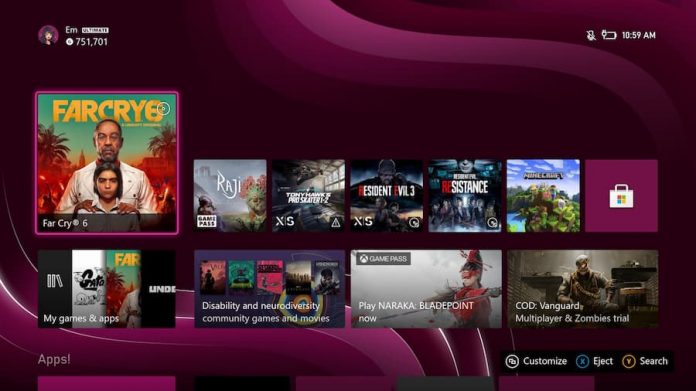 Wonder why you can’t play an Xbox game when it was working yesterday? A new in-the-works update could address that.

This alpha Xbox feature definitely could be useful. For some time, Microsoft’s Xbox messages have been a little cryptic, particular when it comes to digital games not playing. “Sign in or renew the subscription,” is not the most elaborate message and yet that’s exactly what we were getting when we tried to play Fallout 4 a while back.

We eventually, after a lot of to and fro, got the issue sorted with Microsoft, but being able to know precisely why it wasn’t playing would certainly have sped up the process. Now, as reported by Eurogamer, Xbox is testing new badges that, superimposed over the Xbox titles in your library, will clue you in as to why a game won’t work.

Even better, these badges will be visible before you launch the game. So if your game is obscured by a big floating skull, vomiting the words “DISC NOT INSERTED!” you’ll know what it is. Just kidding, the icons will be much less intrusive than that, but you get the general idea.*

Right now, the feature is in alpha; Xbox engineering lead Eden Marie posted a preview of the feature, asking what people think. So it’s not 100% guaranteed it’ll become a thing, but it absolutely makes sense from where we’re standing. Have we cursed at our Xbox when a game wouldn’t start? Have we then, two minutes later, found the disc in the wrong case? Also yes.

Xbox Alpha & Alpha Skip Ahead Insiders: today we’re starting testing of new badges that will tell you if a game won’t launch because a disc isn’t inserted or you don’t have a license for other reasons (e.g. a game left Game Pass, not signed in). Please let us know what you think! pic.twitter.com/kmLQ8fyMfD

If you do find the feature appealing, why not let Eden know, via her tweet. Given how many ways there are to access games – Games with Gold, Xbox Game Pass, disc, digital purchases, anything that smooths out the speedbumps is definitely welcome.

* We do still want ours to be a big floating skull, though.