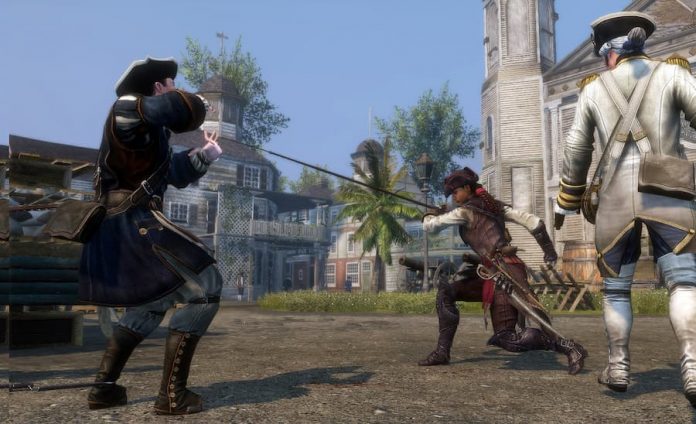 Got Assassin’s Creed Liberation HD on PC, purchased via Steam? Not after September 1st you don’t.

UPDATE (11th July 6:38 PM GMT): Ubisoft has issued a pair of statements to VGC, stating that the single player version of Assassin’s Creed Liberation HD will apparently remain accessible after September 1st. Liberation’s Steam Store entry is currently unchanged (Assassin’s Creed Brotherhood’s entry states that base game will remain available), though Ubisoft is in the process of getting this corrected.

Ubisoft has announced that a number of their titles, Assassin’s Creed Brotherhood, Assassin’s Creed Liberation HD, Far Cry 3 (the 2012 release), Driver San Francisco and more, will be decommissioned and in, some cases, delisted from the beginning of September.

You can find the full list here, which mostly covers PC, PlayStation 3 and Xbox 360 titles. However, it’s the PC situation that’s raising eyebrows; in particular, the issues surrounding Assassin’s Creed Liberation HD which, if the Steam Store entry is accurate, will be unplayable from September 1st.

According to Ubisoft’s list, multiplayer features for these titles will become unavailable as well some DLC, which is annoying to say the least. But the Steam Store entry for Liberation states:

“At the request of the publisher, Assassin’s Creed® Liberation HD is no longer available for sale on Steam.. Please note this title will not be accessible following September 1st, 2022.”

So, if you’ve purchased the game as of September 1st, you won’t be able to play it. This likely has something do with the fact that, unlike many Steam Store titles, Ubisoft games require you to run the third party Uplay client.

Does that excuse the situation, however? Not in the least. Yes, games get delisted – we regularly kick ourselves for not purchasing After Burner Climax when it was out on PS3 and 360 – but people who’ve purchased delisted games can re-download them.

Not so Assassin’s Creed Liberation HD – which several Twitter users were quick to point out was 75% off up until a couple of days ago. If the notice on the Steam Store is accurate, as of 1st September, you’ll lose access entirely.

We’re not going to get into the argument over whether you’re purchasing a licence to play a game when you fork out your hard-earned cash but, barring this being an error on Ubisoft and Steam’s part, it’s a reminder that your digital games library isn’t as safe as you might think.