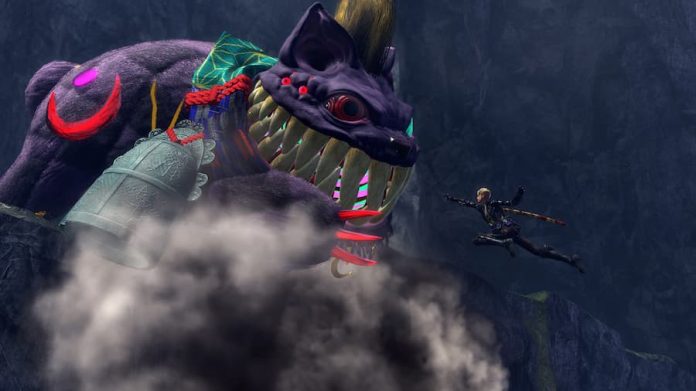 Remember Bayonetta 3? We were starting to think its announcement was some mad fever dream, but it’s arriving on Nintendo Switch this October.

Bayonetta 3 was announced way back in 2017, the latest entry in PlatinumGames much loved action-adventure series. And then.. things got surprisingly quiet, up until 2021 when it was given a 2022 release window. Now, with fans clamouring to step into the hair-based witch’s shoes, Nintendo have revealed it’ll be here this October 28th.

On top of that, PlatinumGames and Nintendo have put out a trailer showing Bayonetta in action and, five years or not, it’s like she’s never been away. We’re not going to spoil the whole thing of you, but it does reveal that, as Bayonetta, you get to ride around on a massive Devil May Cry-style lava spider.

No, we’re not making this up. Another revelation is that, instead of fighting demons or angels, you’re tackling man-made monsters, constructed by Bayonetta’s equivalent of the Umbrella Corporation. Yes, bio-weapons are a very, very bad idea, but that’s not going to put your average video game antagonist off.

Bayonetta 3 will also see you playing as another witch, Viola, and will feature a “Naive Angel Mode” where Bayonetta’s clothes don’t disappear when she unleashes one of her super-powerful hair attacks. You know, just in case gran is watching.

It’ll receive a physical and digital release and given how much we loved the first two entries in the series we’re definitely looking forward to more Bayonetta. Bayonetta 3 is a Nintendo Switch exclusive (the second game was a Wii U and Switch exclusive) and is set for an October 28th release.