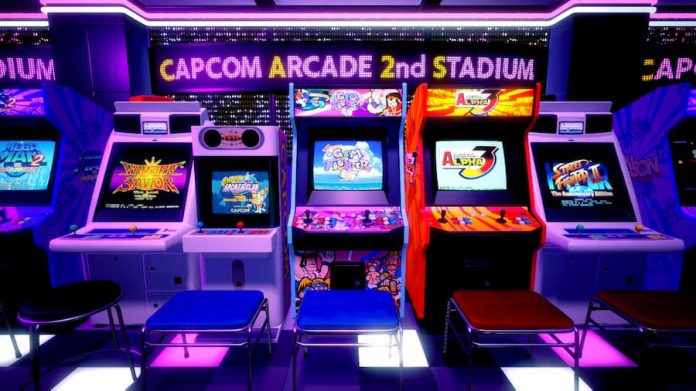 Last year, we declared Capcom Arcade Stadium to be “one of the best retro collections ever made.”

We stand by that, and now Capcom has served up yet another offering of arcade classics. Capcom Arcade 2nd Stadium keeps the menus and features of its predecessor, but offers up over 30 new titles for players to waste away their virtual coins with. And so whether you’re a fan of shoot ’em ups or fighting games, chances are there’s something for you here. It’s just a shame there’s so much crossover with some of Capcom’s other retro collections released in the last few years.

Like Capcom Arcade Stadium before it, the base version of Capcom Arcade 2nd Stadium can be downloaded for free. And with it comes SonSon, a side-scrolling adventure that allows you to get an idea of what the collection holds in store. If you like what you see, you can then buy additional titles individually, or buy a bundle of 30 classic titles for £32.99/$39.99. The latter even nets you Gan Sumoku thrown in as an added extra.

A full list of games included in Capcom Arcade 2nd Stadium can be viewed on the game’s official website. Some you might be familiar with, others might have eluded you due to never being released in the west. In any case, there’s a wide variety on offer, and if you spent any time in arcades during the 80s or 90s, chances are you’ll come over all nostalgic. 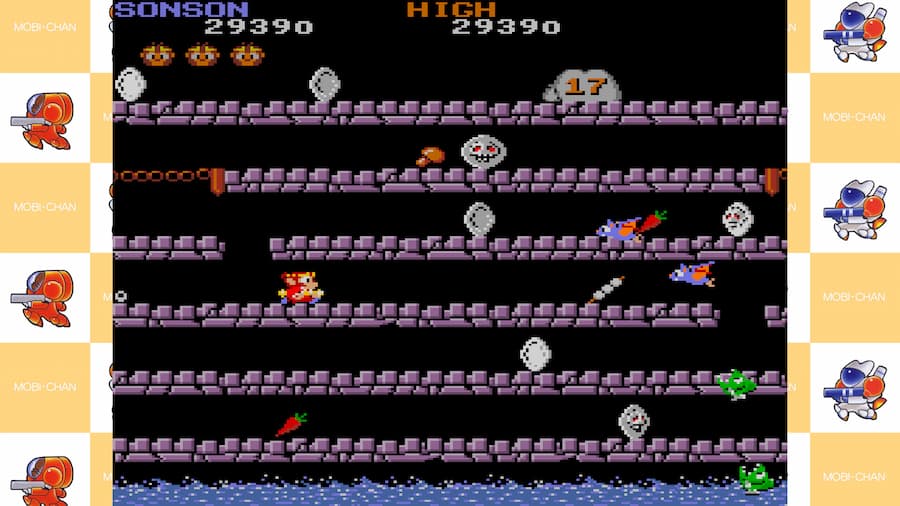 Like any retro collection, some of the games haven’t perhaps stood the test of time as well as others. Black Tiger, for example, simply feels clunky now and isn’t much fun at all. But shoot ’em ups such as 1943 Kai, Hyper Dyne Side Arms and Last Duel are still as addictive as ever. There are some interesting additions, too, such as Three Wonders, which bundles up three very different games into one, and Mega Man: The Power Battle and its sequel. If it wasn’t for this bundle, such games would be pretty much impossible to play for many.

The features found within Capcom Arcade 2nd Stadium make all of these games more accessible and enjoyable than ever before. You can switch between English and Japanese roms where available, for example, and the settings of each and every game can be tweaked to your preferences. Want to play with more lives? You can. How about at half speed? Sure. The speed of each game can be changed on the fly, too, and you can rewind if you make a mistake.

Other features you’ve come to expect of a retro collection are also included, such as save states and the ability to tweak the visual presentation. You can play using a virtual arcade machine if you wish, or you can opt for a 2D presentation with a border, or stretch the image to full screen. Even filters are available. Capcom has put the work in so that you can enjoy these games how you please.

Like in Capcom Arcade Stadium, one of the best features here is the introduction of challenge modes, tasking players with setting high scores, playing against the clock, and more. Your performances then can be uploaded to online leaderboards, allowing you to compete with others around the world. It’s just a shame that actual online multiplayer for the games included is absent yet again, with just local co-op being present.

Thanks to titles being available individually, however, possible duplication shouldn’t put you off Capcom Arcade 2nd Stadium. The bundle still offers excellent value for money if you’re a fan of classic arcade games. And when you factor in the additional features and solid emulation, you really can’t go wrong. Ultimately, Capcom Arcade 2nd Stadium might not be as essential as its predecessor, and you might wonder why these games couldn’t have just been delivered as DLC, but it’s still a fantastic retro collection.

This review of Capcom Arcade 2nd Stadium is based on the PS4 version (played on PS5), with a code provided by the game’s publisher. It’s available on PS4, Xbox One, Switch and PC.