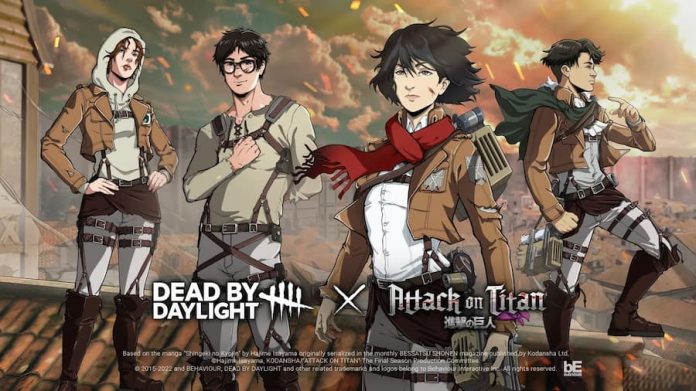 Attack on Titan costumes have finally made their way to Dead by Daylight, providing you’re prepared to buy them, that is.

In case you’ve not seen Attack on Titan, while the story evolves over the seasons, the initial premise is that humanity has been driven to take refuge in massive walled cities. Outside these cities roam the titans, huge but lumbering humanoids that’ll devour anyone they get their hands on. Now, some of the creature and cast costumes are coming to Dead by Daylight.

Does this new crossover turn the asymmetric multiplayer game into a full David vs Goliath battle? No, but we more or less knew that anyway. What it does do is let some human characters dress as the human characters from Attack on Titan and, on top of that, two of the game’s killers can dress as Titans, though their size remains unchanged.

Here are all the costumes on offer:

We can’t imagine anyone wanting to dress as Erin Yaeger, because he’s just the worst, but there’s no accounting for taste. From now until July 26th 2022 there’s a sale on that should allow you to pick up the outfits – we can definitely see some hardcore Attack on Titan fans picking up these Dead by Daylight costumes.