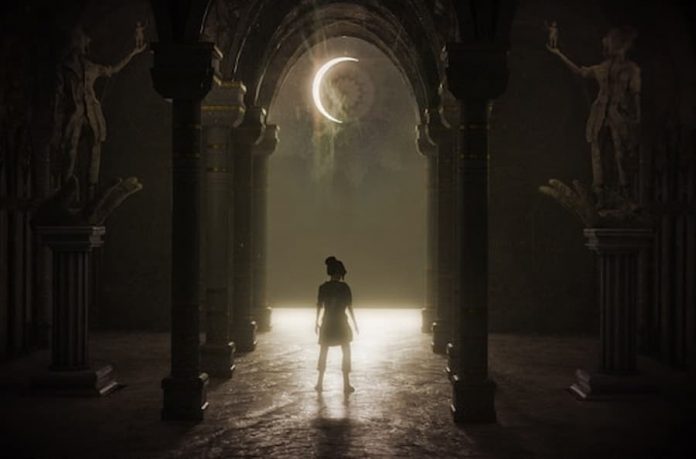 Currently on Kickstarter, JRPG EXIT VEIL will have its own accompanying tarot deck, linked to the game’s occult themes.

No, we’ve not dreamt this, we’ve checked, and while neither the tarot deck or the game are absolutely essential to each other, it’s still a curious pairing. But it’s less surprising when you factor in it’s from Cherrymochi Game Studio, the husband-and-wife led studio behind the chillingly good Tokyo Dark.

Unlike Toyko Dark, however, EXIT VEIL is ditching the anime-look and going for an art style that, even at this early stage, looks absolutely fantastic. It casts you as Tori, a young woman who’s thrust into a strange, gothic universe. She has to employ a headpiece known as “The Veil” to win turn-based battles and find her way home.

If you’ve ever read any of Neil Gaiman’s Sandman comics, you’ll have an idea of the aesthetic; Gaiman is, in fact, cited as one of EXIT VEIL’S inspirations, alongside Alan Moore, Neil Gaiman, Grant Morrison, Aleister Crowley (yes, that Aleister Crowley) and more. 1986s fantasy film Labyrinth is also another influence, though Cherrymochi haven’t confirmed whether there’ll be a villain with a big package.

The Exit Veil Tarot Deck is especially gorgeous, based on the Rider Waite format. “The printed EXIT VEIL TAROT deck is fully integrated with the game and acts as the player’s gateway to many hidden secrets,” explains the Kickstarter, though it goes on to note that you can back the game, deck or both. 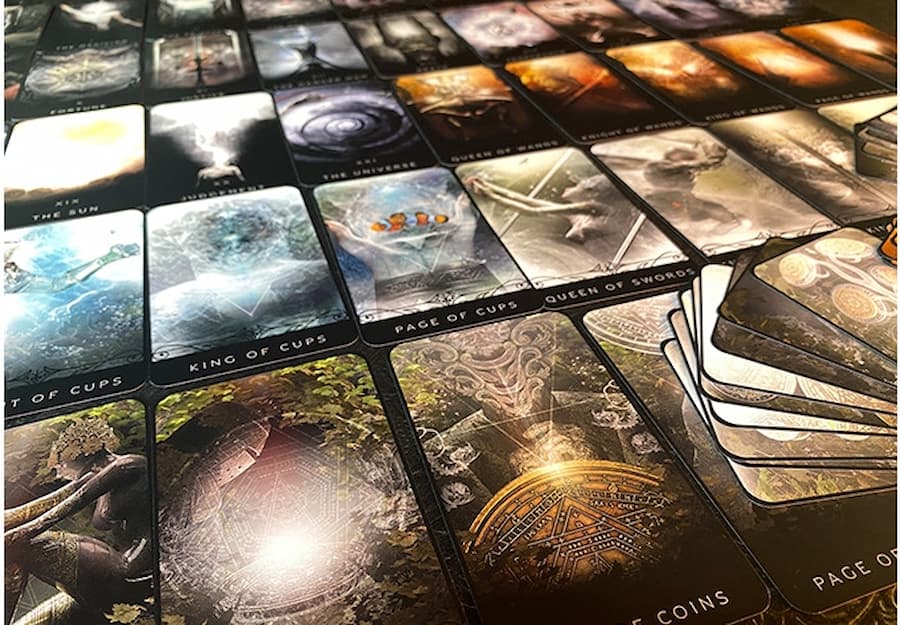 We’re definitely intrigued by the prospect of the two interacting, though Cherrymochi will have to be careful to ensure that the game itself doesn’t feel incomplete without the deck. We’re suckers for mythology and hidden lore so we’d very much like to see this ambitious, magically-inspired project make it.

You can back the EXIT VEIL Kickstarter here, choosing just the tarot deck if you want. The Kickstarter has already beaten its target and has 13 days to go so, fingers crossed, the project should come to fruition. Currently, Cherrymochi is aiming to release it on PC, Xbox and PlayStation.

Now, if you’ll excuse us, we’ve got a Ouija-board-based fighting game to design.