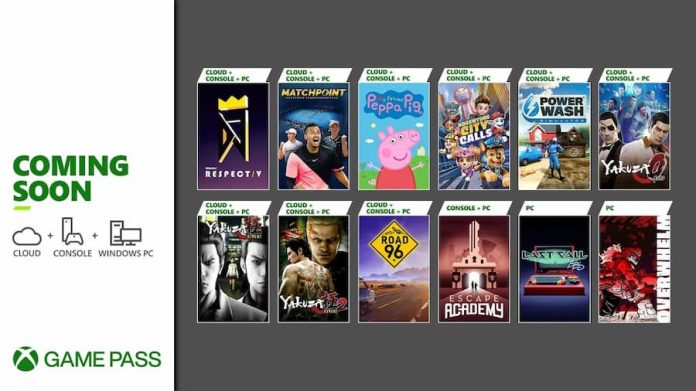 July is here, bringing with it a new wave of Xbox Game Pass games.

In fact, Xbox Game Pass and PC Game Pass subscribers get two waves of Game Pass games; Microsoft doesn’t usually announce that second wave until the middle of the month. But July’s first group of titles should be more than enough to keep you occupied.

So which games are included in this first wave? There are a grand total of ten games coming to Xbox and PC, with an additional two titles coming to PC only. The games in question are as follows:

Several titles are day one releases; Last Call BBS, Matchpoint: Tennis Championships, Escape Academy and the console version of PowerWash Simulator. There are some absolute gems here – yes, the Yakuza series is generally great but Yakuza 0 really knocks it out of the Japanese baseball park. The Yakuza games are returning after having been previously been removed from the service.

And yes, it’s easy to mock the inclusion of two children’s games but they’re a great way to introduce kids to gaming or just keep them out of your hair for a while. And they’re actually good, especially compared to some of the low-effort kids games we’ve stumbled across.

So, in other words, it’s a good half-month for Game Pass subscribers. The bad news is that there are some titles leaving the service. You have until July 15th to play these titles, after which they revert to be non-Game Pass games.

You can expect a second collection of Xbox Game Pass games to join the service in the second half of the month. We should have news of those titles a little later in July.