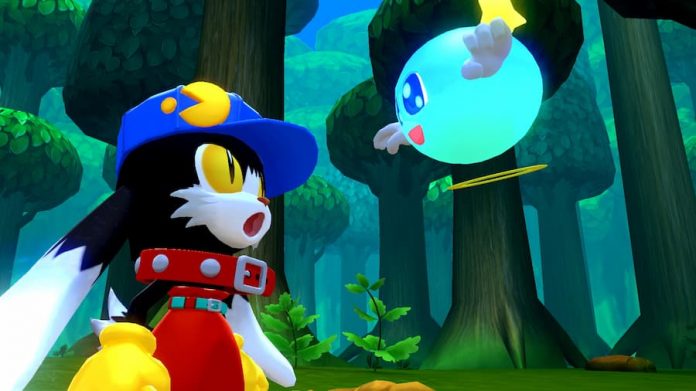 When it comes to platforming games, everyone’s familiar with Sonic, Mario and Crash Bandicoot, right?

Those who grew up playing games in the late 90s and early 2000s, however, are also likely to be familiar with Klonoa, a strange cat who is drawn to dreamlike worlds in order to save them from calamity. Now costing a pretty penny to pick up on the second-hand market, Klonoa Phantasy Reveries Series bundles up the first two games featuring this unique hero to offer a shot of nostalgia and reach a new audience. But it’s not without its issues.

Klonoa: Door to Phantomile launched on the original PlayStation way back in 1997, but the version presented here is actually based on a 2008 Wii remake. The gameplay remains true to the original, however, for better or for worse, with you having to guide Klonoa through a series of 2.5D platforming stages with a fairly limited moveset. As you explore environments, you can basically just jump and grab enemies with a wind bullet. Once you have a grabbed enemy, though, you can either throw it to hit other enemies or objects such as switches, or use it to perform a handy double jump, boosting yourself off it in mid-air.

With this simple repertoire of moves, Klonoa: Door to Phamtomile proves to be challenging at times, especially in its later stages and for those wishing to find all of its collectibles. Sometimes you’re required to repeatedly grab and use enemies to boost yourself into the air without touching the ground, for example, and with the wind bullet manoeuvre needing a degree of precision, it can be a bit frustrating at times. 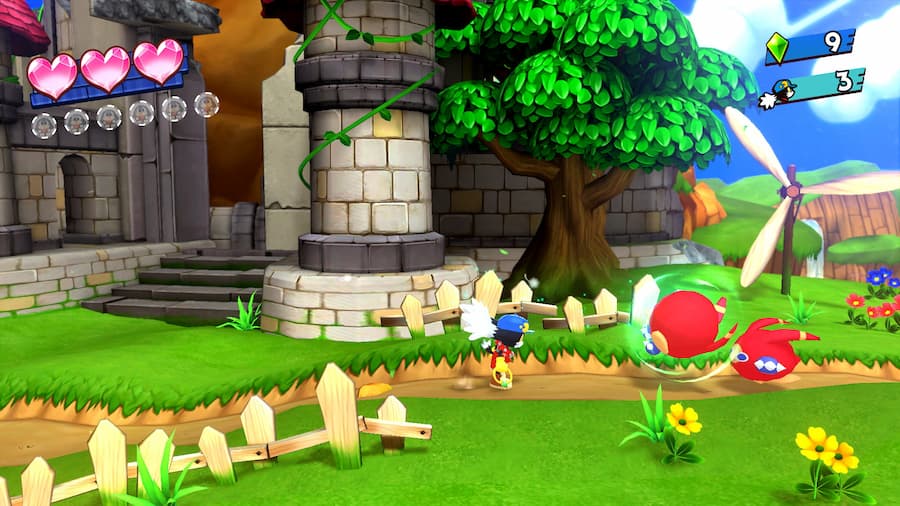 Klonoa 2: Lunatea’s Veil, released on PlayStation 2 in 2001, doesn’t stray far from the format of its predecessor. The levels are perhaps a bit longer and more intricate, with some new snowboarding levels thrown in for good measure. The visuals are a bit nicer too. On the whole though, it’s just more of the same. Not that some will mind that; the somewhat unique brand of platforming action presented here does have its charm, even though mechanically it’s not quite as sharp as it used to be.

It’s the boss fights found in both games that are perhaps the highlight of the experience, challenging you to avoid hazards and attacks while you manoeuvre to exploit their weaknesses. They’re challenging, enjoyable and inventive, and offer a break from the traditional platforming action for a short while. Every time you come up against one you’ll find yourself tested in a new way, which is refreshing.

Making Klonoa Phantasy Reverie Series more enjoyable and accessible for all are some nice quality of life improvements. There’s a new Easy difficulty, for example, allowing players to make headway in both games with less stress thanks to infinite lives and reduced damage. Those who do want more of a challenge, though, will be happy to find that there’s an unlockable Hard difficulty level. On the subject of unlockables, there’s also Time Attack mode and nifty extras such as a music player. 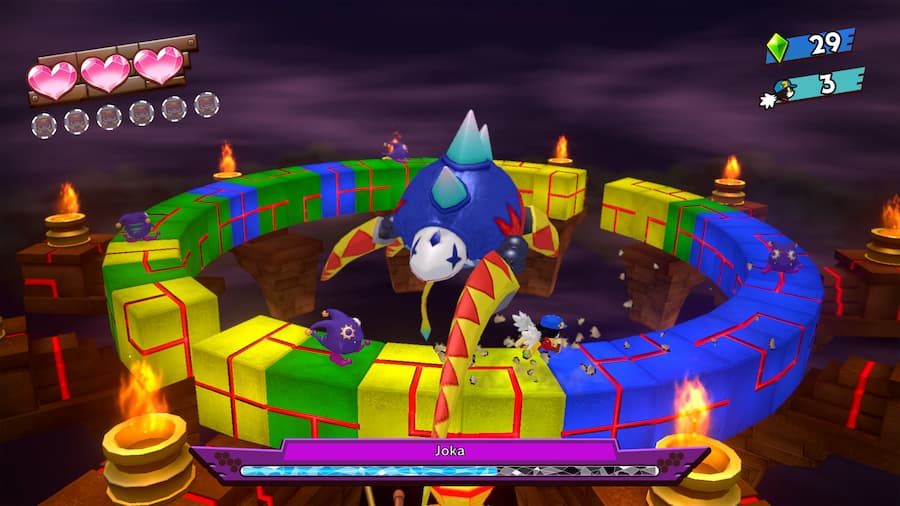 Another quality of life feature that proves to be invaluable is the ability to fast forward or skip story scenes. We wouldn’t usually bother with such a feature, but the story scenes in Klonoa Phantasy Reverie Series do drag on a bit despite not really conveying much. All you need to know is that the world is in peril and it’s up to you to save it. Watch all of the overly saccharine scenes here and you’ll likely fall asleep on the job.

Ultimately, we’re a little torn on Klonoa Phantasy Reverie Series. On the one hand, this is the cheapest and best way to play two classic platformers from yesteryear, and we’d love to see Klonoa make a comeback in a brand new game. But on the other, both of the games included in this collection don’t feel quite as enjoyable to play as they once did, and there’s little in the way of extras. Well, unless you’re happy to pay for a DLC package that includes additional costumes as well a digital artbook and soundtrack. And Klonoa Phantasy Reverie Series itself isn’t particularly cheap.

Had the additional DLC package been included with the game as standard, we’d probably suggest Klonoa Phantasy Reveries Series as a must-have for fans hungry to spend time with its cool cat protagonist again. It would be easier to recommend to newcomers, too. But as it is, while some will get plenty of enjoyment out of it at full price, most might want to wait until it goes on sale. Klonoa Phantasy Reverie Series is an enjoyable blast from the past, but it’s by no means essential playing.

This review of Klonoa Phantasy Reverie Series is based on the PS5 version, with a code provided by the game’s publisher. It’s available on PS4, PS5, Xbox One, Xbox Series X/S, Switch and PC.