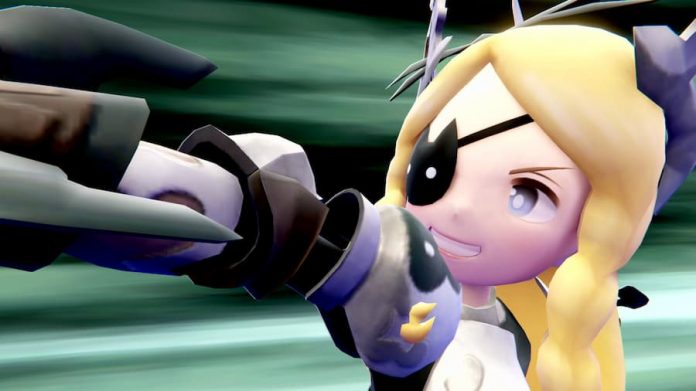 Stealth-dropped following a Nintendo Direct event at the end of June, there’s been very little buzz about Little Noah: Scion of Paradise. And that’s a real shame.

This beautiful adventure combines side-scrolling hack-and-slash gameplay with roguelike elements to create something that’s both unusual yet comfortably familiar. Taking control of the titular Noah, it’s your goal to get as as far as you can exploring ancient ruins, defeating threats along the way. If you die, not all is lost: anything you collected during your exploits will be turned into MP, a currency which can be used to unlock permanent upgrades.

Perhaps the most notable thing about your protagonist Noah is that she doesn’t primarily dish out her own attacks. Rather, she’s accompanied by creatures known as Liliputs who will attack on her behalf. It feels more Ni No Kuni than Pokémon, but each creature has its own attack style and element affinity. Being the best warrior, then, means not only selecting the most powerful Liliputs at your disposal, but ensuring you have a range of elements covered.

Each run of Little Noah: Scion of Paradise will see you start out with a basic selection of Liliputs. But as you play, you’ll gather new ones along with upgrades, and before you know it you’ll have a bursting roster to choose from. You can change your team on the fly, so trying out different combinations is recommended. You might find some Liliputs attack slower than others so you’ll no doubt quickly find your favourites. 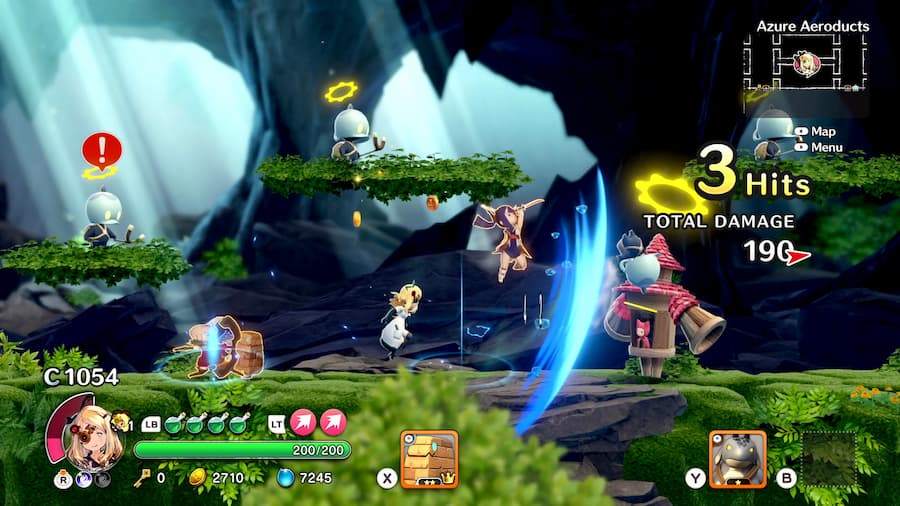 The fact that your attacks don’t come from Noah herself, despite Noah being the one you’re in control of, means attacks aren’t always precise. Especially considering that chaining attacks means each Liliput – you can have five in your control at once – dishing out an attack in swift succession, and they all may hit differently. One may use a projectile, one may hit directly from the front, and another may hit from above.

While we do enjoy the quirk of attacking via a Liliput, it’s not always ideal, particularly when you’re up against tougher enemies later on in the game. It’s hard to know exactly where each attack will land, and enemies often move out of the way before a Liliput attacks. Thankfully, you do have a couple of special attacks to use – including a dash manoeuvre from Noah herself – to help give you the upper hand over your opponents.

Combat could be better, then, but it’s still enjoyable, and it doesn’t ruin the experience of Little Noah: Scion of Paradise as a whole. Making your way through the game’s ruins – each its own dungeon, which is randomly generated every time you play – is always a thrill, not quite knowing what awaits around the next corner. Some rooms may be filled with enemies, while others may be holding treasure; various upgrades and items to make your run that bit easier. There’s no limit to how much equipment Noah can have on her person – everything you pick up adds to her (and her Liliputs’) abilities, which means on a lucky run you can get seriously overpowered. That’s the joy of a roguelike though, and that’s part of what makes it so enjoyable.

Dying sends you back to Noah’s base – an airship floating above the ruins in the sky. It’s here you can spend your spoils on permanent upgrades, like extra HP and attack power, or boosting your bond with a particular Liliput, enhancing its abilities on the battlefield. Each run will always net you something valuable, and so you always feel like you’re working towards something. This isn’t the type of roguelike where each death is in vain; rather, each run is worthwhile, and you’ll constantly be eager to get back out there, doing better and getting just that bit further every time.

There’s a decent story at the heart of Little Noah: Scion of Paradise that helps move the action forward. Noah does have a reason to keep fighting: she’s looking for her missing father, but an evil presence is standing in her way. Thankfully, she’s not alone: a talking cat called Zipper is there to help her. Dialogue is well-written, and there’s plenty of light-hearted moments to keep you smiling along. A narrative isn’t necessary in a roguelike, but here it really does complement the action nicely.

We can certainly see ourselves going back to Little Noah: Scion of Paradise time and again. Its gameplay is simple but engaging, helped along by pleasant and colourful visuals. You’ll quickly care about Noah and her sidekick Zipper, and even when you die you’ll be raring to go again: this is a game that nails the ‘just one more try’ aspect that’s the driving force of any successful roguelike adventure. Little Noah deserves more attention, and with such a low asking price, there’s no reason not to dive straight in.

This review of Little Noah: Scion of Paradise is based on the PS4 version of the game (played on PS5), via a code provided by the publisher. It’s available on PS4, Switch and PC.