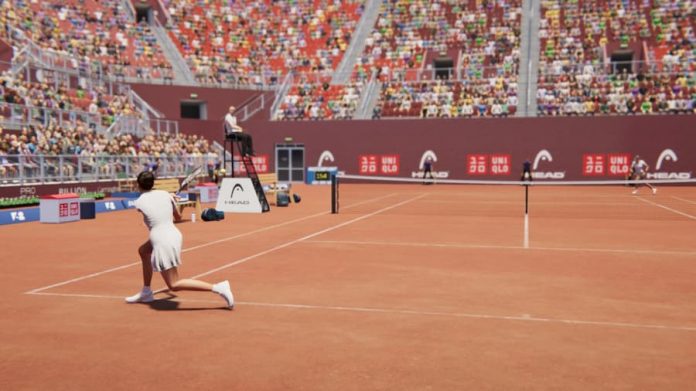 For those who want a serious bit of tennis, there’s been a couple of Tennis World Tour and AO Tennis games each, but none have set the world on fire. We fondly remember the likes of Top Spin and wonder just what has gone wrong. But now Matchpoint: Tennis Championships is here to save the day. Or at least it hopes to.

Developed by Torus Games and Published by Kalypso Media, Matchpoint: Tennis Championships aims to provide a realistic tennis experience. Jump into career mode, and after creating your character it’s up to you how to achieve your goal of becoming the world’s number one. That means each week you’ll have important decisions to make about your activities. You might be offered up an exhibition match, for example, but might it be worth training instead to target one of your weak points?

Ultimately, it’s your performance on the court that will determine the growth of your character and their rewards. Over time, your stats will develop, allowing you to overcome tougher opponents. And what’s more, you’ll obtain new gear – namely rackets and shoes – that will boost your on-court abilities. Become formidable enough, and you’ll be able to tackle the toughest tournaments and championships. That’s where you’ll really make a name for yourself. 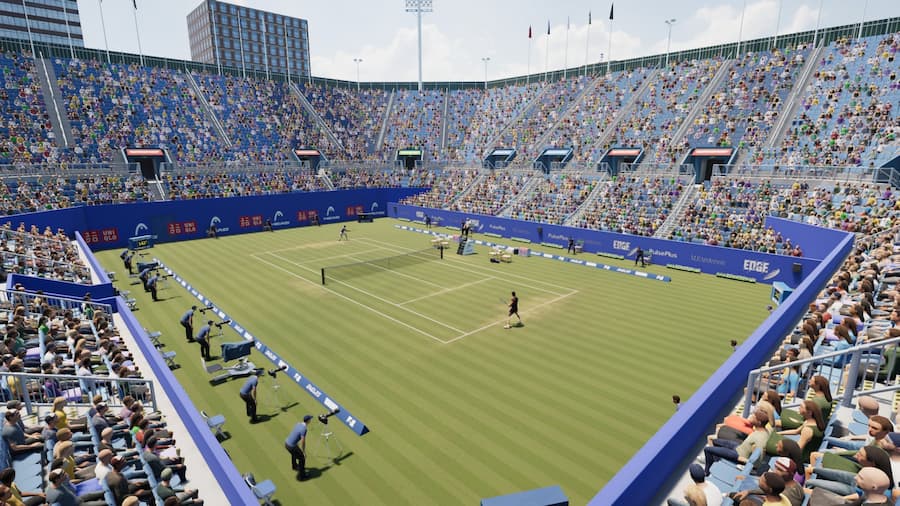 There’s more to Matchpoint: Tennis Championships than just a career mode though. There’s a quick match option, of course, where you can take control of one of 16 real-life international tennis stars or your custom created avatar, as well as training. There’s also local and online multiplayer, with the latter being cross-platform. Needless to say, there’s a mode to meet everyone’s needs.

It’s the on-court action that gives Matchpoint: Tennis Championships the advantage over its competition, however, even though it has some issues. This is a tennis game that’s easy to pick up, but hard to master. As ever, you move your character with the left analogue stick, and use the face buttons to perform one of four shot types – top spin, flat, slice or lob. There are also a couple of shot modifiers available, giving you even more control of how you return the ball.

What separates Matchpoint: Tennis Championships apart from the rest is that you’re given a visual representation of where your return ball will bounce should you not fluff up your shot. After pressing one of the shot buttons, you’re given a period of time to aim your shot with the left analogue stick. It’s a system that gives you much more control of your game, with readying your shot earlier not only giving you more time to hit the sweet spot, but also apply more power. Just don’t apply too much, or your shot might be a bit wild.

It can prove to be a little bit troublesome at times, both moving your character and aiming the ball relying on the left analogue stick, but you soon get used to it. It’s generally only an issue when you’re frantically trying to reach the other side of the court to return a ball, switching the direction of the left analogue stick at the last second to avoid hitting it out. Though that highlights another issue with Matchpoint: Tennis Championships: the lack of a sprint button.

Ultimately, though, Matchpoint: Tennis Championships provides a good game of tennis. You can get into some pretty heated matches, where varying your shots and positions is required to try to catch your opponent out. It feels strategic, rewarding, and most importantly, fun. It also has a interesting rivalry system that periodically reveals the strengths and weaknesses off your opponents. Capitalise on them if you can. 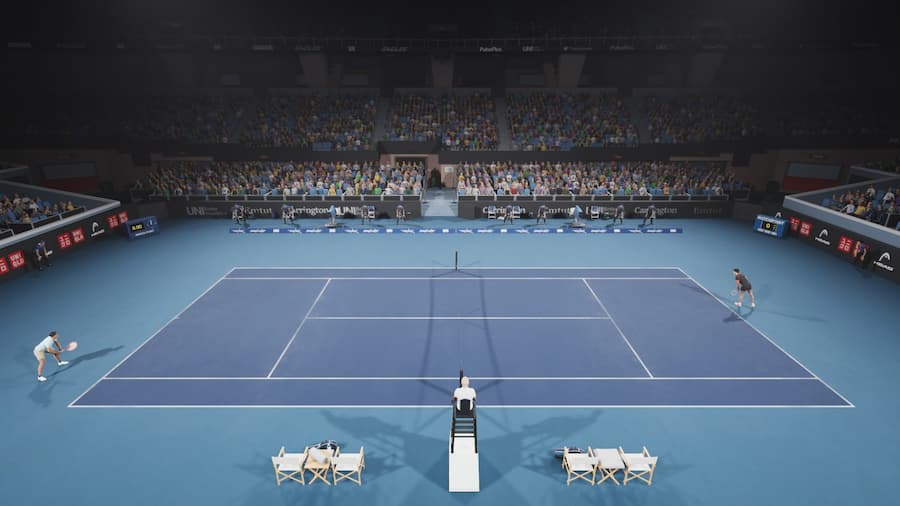 Playing on PS5 for review, perhaps the weakest aspect of Matchpoint: Tennis Championships is its presentation. While the courts look great, character models are a bit all over the place. Some animations look a bit wonky, too, but they’re good for the most part. The worst thing is the screen tearing. It’s not that noticeable during gameplay, but a lot more during the broadcast-style scenes sprinkled throughout.

Does Matchpoint: Tennis Championships do anything particularly noteworthy? Not really. It’s not overly impressive in any way, being perfectly honest. But by simply providing a fun and fairly authentic game of tennis it manages to outshine its rivals. And because of that, whether you’re buying it to get stuck into its single-player career mode or take on all-comers in online multiplayer, chances are you won’t be disappointed.

This review of Matchpoint: Tennis Championships is based on the PS5 version, with a code provided by the game’s publisher. It’s available on PS4, PS5, Xbox One, Xbox Series X/S, Switch and PC.