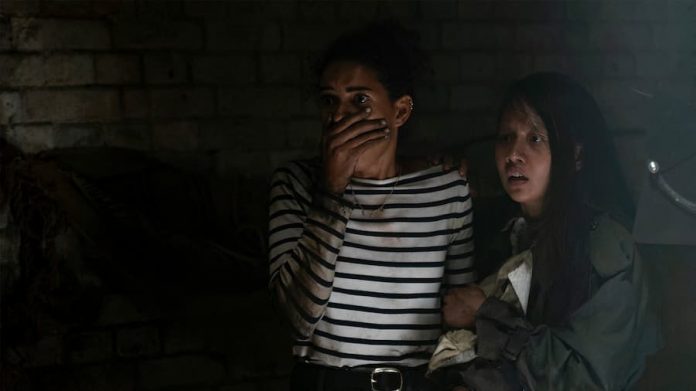 Wales Interactive have announced its latest FMV game, Mia and the Dragon Princess, which is set to be an action-heavy adventure.

Your protagonist Mia is a bartender who, one day, encounters a mysterious woman on the run from the aforementioned bad guys. Mumbling “Nope, not getting involved”, then ducking is, presumably, not an option. The pair end up going on the run but with a language barrier between the two women it’s not immediately clear why the thugs want Mia’s visitor.

Mia is played by kickboxing and action actress Dita Tantang while the mysterious woman is Indonesian actress Andriani Marshanda. Actor Paul “Eighth Doctor” McGann puts in appearance, as does MyAnna Buring. The latter pair appeared together in Lesbian Vampire Killers though we’re hoping to all that’s holy that James Corden is no way involved in this stunt-heavy FMV outing.

Aside from the disappointing Bloodshore, Wales Interactive has a good track record when it comes to FMV games, so we’re eager to see what they can do with a little martial arts mayhem. The game will have 10 outcomes so your decisions should have some bearing on whether Mia lives to bartend another day.

Mia and the Dragon Princess is set for a Q4 2022 release, kick-flipping its way onto PC, PS4, PS5, Xbox One, Series X|S, Switch, iOS and Android. Wales Interactive has yet to release a trailer but if FMV fisticuffs take your fancy, you can wishlist the game on Steam.