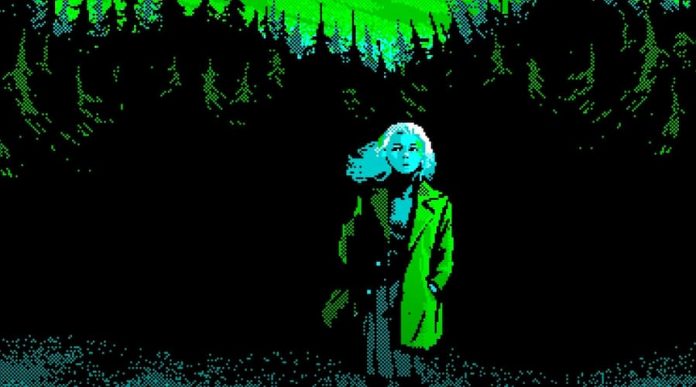 Mothmen 1966 isn’t the longest game around, but it packs an awful lot of chills into its one to two hour runtime.

It does sport multiple endings, which would be reason enough to replay it except that my ending was so memorable that I intend to cement it as “my” Mothmen 1966 ending. It was certainly a notable way to wrap up the experience, with couple Victoria and Lee choosing to… actually, I’m going to stop there.

Let’s just say that Mothmen 1966 takes two drops of Twilight Zone, a sprinkle of Twin Peaks, a pinch of doomed relationship and turns it all into something rather special. Developer LCB Game Studio calls it a pixel-pulp visual novel and while “pixel pulp” is an accurate description, drawing upon the pulp fiction of the 50s, it’s more than just a visual novel.

Sure, there are decisions to be made which may or may not have consequences. Should a consequence prove fatal you can retry, but there are also multiple puzzle sections. If you’ve played the demo, you may have tackled the man vs coyote puzzle but there’s more to keep you busy in the full game. They’re not particularly tough but they do break up the narrative nicely. 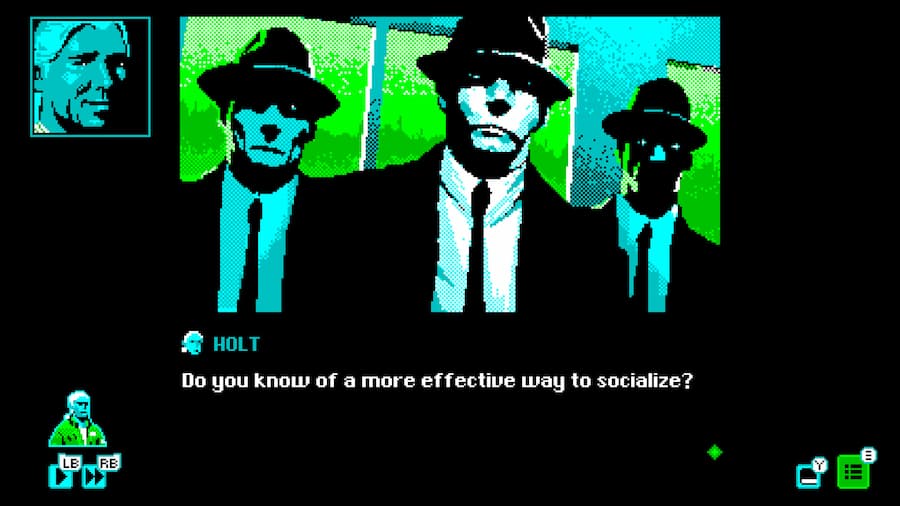 Speaking of the narrative, it doles out more answers than your average Twin Peaks episode but there’s still enough mystery to keep you guessing. What’ll really get under your skin is the way Mothmen 1966 blends the main characters stories’ (the couple, a gas station attendant and a tag-along investigator) with the unsettling events they come to witness during the 1966 Leonid meteor shower.

Designed to emulate adventure games of the 80s and 90s, the low colour palette works well. But what really kicks the fear factor into overdrive is the equally limited bank of sound effects. There’s a moment when a dog open its mouth to bark but, because barking is beyond the imaginary limits of the game engine, there’s just this awful, alien hiss. Even thinking about that scene chills me to the bone. Throw in a suitably haunting soundtrack and you’ve got a game that rarely lets you relax.

However, its attempt to ape older DOS-based games does throw up one problem, probably the only major gripe I had with the game. You can only use the keyboard to issue commands, which is charming the first time around but when you’re on the third or fourth puzzle it becomes irritating. Not all the puzzles are compulsory, but I found myself craving a mouse-driven interface.

Mothmen 1966 is a haunting outing that, with the exception of one awkward line, uses quality writing rather than jump scares to keep you on edge. Yes, you’ll get a little extra out of it if you’ve an appreciation for cryptozoology or astrology, but that’s by no means compulsory. It’s entertaining and unsettling in equal measure and if, as its developers suggest, it’s the first of many, we look forward to seeing where LCB takes the series next.

This review of Mothmen 1966 was facilitated by a code provided by the publisher. It’s available on PC via Steam. 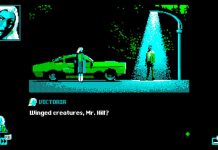