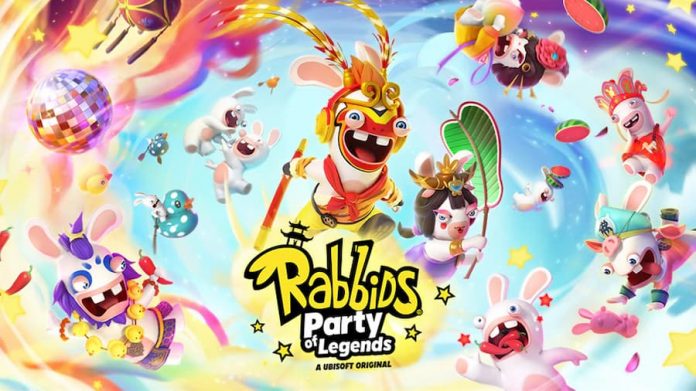 We haven’t had a Rabbids-themed party game for consoles since the camera-powered Rabbids Invasion back in 2014. Eight years on, they’re back and – dare we say it – as good as they’ve ever been.

Rabbids have become something of a mascot for Ubisoft. The zany rabbit-like creatures began life in Rayman games, and have since spun off to become a life force of their own. With two dozen games, plenty of crossovers, a TV series and even a film deal under their belt, the Rabbids are a force to be reckoned with, then. Somehow. But with the release of Rabbids: Party of Legends maybe these bizarre animals can bring a bit of joy into our living rooms.

Aside from their Switch-exclusive appearance in the well-received Mario + Rabbids series, their standalone video game output has largely been demoted to mobile and browser-based games. Nothing quite captured the magic of 2006’s Rayman Raving Rabbids, a game we fondly remember playing to death on Wii. Party of Legends, a collection of new minigames designed to be played with friends and family, is perhaps the closest any other game has come to it. And, you know what? It might just be one of the most fun party games we’ve played in a while.

There’s a number of ways you can play Rabbids: Party of Legends. You can jump into quickplay, enjoying a series of randomly-selected minigames. Or you can set up your own playlist, working through a set of minigames of your own choosing. There’s also a story mode to play through, coupling minigames with a narrative designed to drive the game forward. No, a story is not at all necessary in a game like this, but it’s a welcome touch nonetheless. 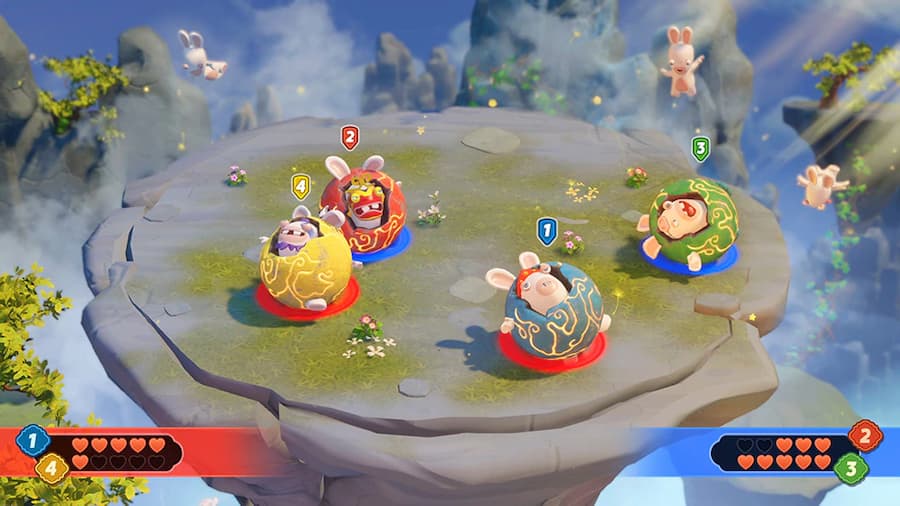 You can play Rabbids: Party of Legends by yourself if you want, where you’ll be pitted against three AI characters. But this is a game designed to be played with others. No online multiplayer options are available, so you’ll need to gather up to three friends and family members and coerce them into playing with you. Shouldn’t be too difficult since the games on offer are, for the most part, highly entertaining.

Party of Legends boasts over 50 minigames. Some of them are quite similar to each other, but there’s enough variety here that you’re not going to get bored quickly. There are music rhythm-type games, challenging you to press a direction in time with the music. Another tasks you with quickly drawing a shape on screen to match what appears. Some require you to work co-operatively, steering and rowing a raft for example. Others are more obscure, like balancing a huge stack of plates or shaking a tree as fast as you can.

The controls of each game vary, but most of them are simple to get to grips with. A quick tutorial shows you how to play before a game starts which is useful, although some aren’t all that clear. You’ll likely learn better simply by playing. For the  most part, you’ll only have to move in a direction or push a button, but a few games will have you swinging both thumbsticks in a particular fashion or holding and releasing buttons at just the right time. Some games can take a couple of attempts to fully get to grips with, then, but there’s nothing too complicated here.

The easy nature of the games doesn’t mean they can’t become competitive, though. Sometimes you’ll be working in teams of two, and other times it’ll be a free-for-all. Things can get quite heated when everyone’s out for themselves; one of our favourite minigames sees the Rabbids turned into stone balls, tasked with trying to knock other players off of a shrinking platform. Needless to say, the living room got rather riotous, particularly when it was down to the final two players.

Our only pause with Rabbids: Party of Legends is its price point. At £34.99 it feels rather steep for a party game that’s realistically only going to get pulled out for an occasional hour or two. Particularly when you add in there’s no online multiplayer options either. It is a lot of fun though, and perhaps one of the best minigame compendiums of recent years. By all means pick it up, but perhaps wait for a sale.

This review of Rabbids: Party of Legends is based on the PS4 version of the game via a code provided by the publisher. It’s available on PS4, Xbox One and Switch.