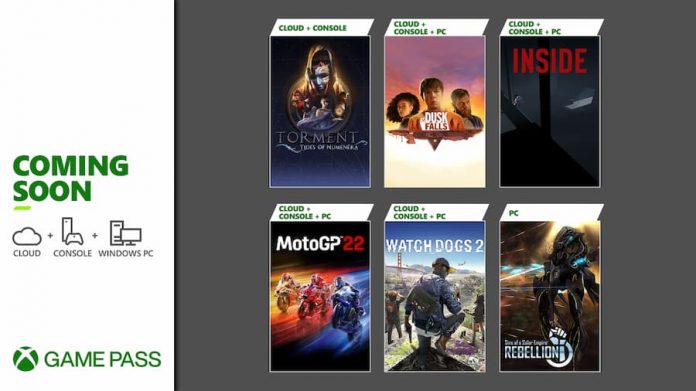 Game Pass is getting six new games, including As Dusk Falls which arrives on Xbox and PC today.

These six games make up part of Game Pass’s second wave; typically, Microsoft announces two lots of games; some which are available at the beginning of the month and some which arrive mid-month. They represent July’s remaining titles, taking us from now up until the end of July.

The brand new As Dusk Falls, an interactive drama set around a hostage situation, is undoubtedly the highlight of the current offerings. As we pointed out in our review, it’s not perfect but the storyline should keep you gripped.

Which are worth playing? All of them, to be honest. There’s not a duff game there, though if you’re not a sports fan, we don’t blame you for skipping MotoGP 22. However, if there’s one game there that screams “play me”, it’s Inside. It’s Playdead’s sequel-of-sorts to Limbo and not only is it a joy to play, the ending is absolutely wild.

If you’ve yet to tackle July’s first wave of titles, you can find them all listed here. The good news is that, unlike Games With Gold, these games don’t automatically leave the service at the end of the month.

However, they do sometimes part ways with Game Pass, typically after a more than reasonable amount of time. The following titles will stop being Game Pass titles at the end of the month meaning you’ve got till July 31st to play them for free: