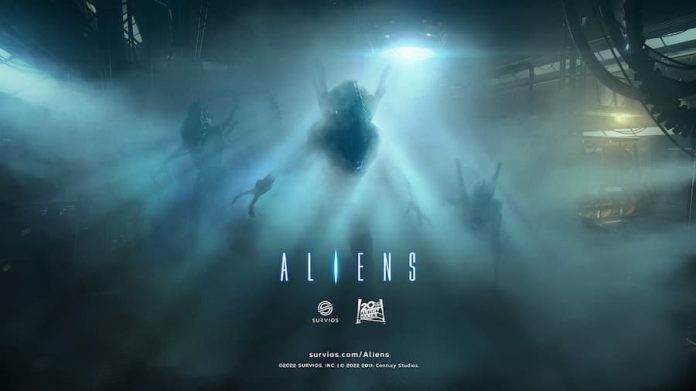 Typical. You wait for an Aliens game to come along and neither are Alien: Isolation 2 (so far). However, Survivos’s upcoming VR Aliens title has our attention.

Why? Because the prospect of facing the Xenomorph in glorious VR gives us a grin a mile wide. It also has us adding brown trousers to our shopping list because, while it wasn’t an official add-on, Alien Isolation’s VR mode was pretty terrifying.

Survivos, who’ve created several VR titles including Battlewake, The Walking Dead: Onslaught and Big Rumble Boxing: Creed Champions are, however, putting the game out on multiple platforms. In other words, while you’ll be able to tackle it in VR mode, there’ll also be a non-VR console and PC version. They announced the game through their website, which you can check out here.

So what’s it all about? Survivos have promised to reveal more at San Diego Comic Con, which kicks off this July 21st. However, they’ve dubbed it an “single-player, action-horror game”, which suggests that, while they have yet to give it a formal title, you won’t be mowing down wave after wave of Aliens.

In fact, it’s possible that we could be looking at spiritual sequel to Alien: Isolation, if not an official follow-up.

“Aliens is a distinct and terrifying world that fans love to be entrenched in, and it is perfect for Survios’ proven expertise in creating immersive gaming experiences,” explains Survivos’s Chief Product Officer TQ Jefferson.

Westworld: Awakening, one of Survivos’s previous titles, has been praised for its haunting atmosphere though we were weren’t particularly impressed with The Walking Dead: Onslaught. Hopefully, they can deliver something special.

Between this and Aliens: Dark Descent, it’s a good time to be an Aliens fan. More details will be revealed at the will be revealed at the ALIEN: Expanding a Dark and Frightening Universe panel at San Diego Comic-Con on July 21, 2022 from 2:00PM – 3:00PM, in Room 28DE. Yes, that’s an in-person event but if you wait, the panel or at the very least, a trailer, should make it online.