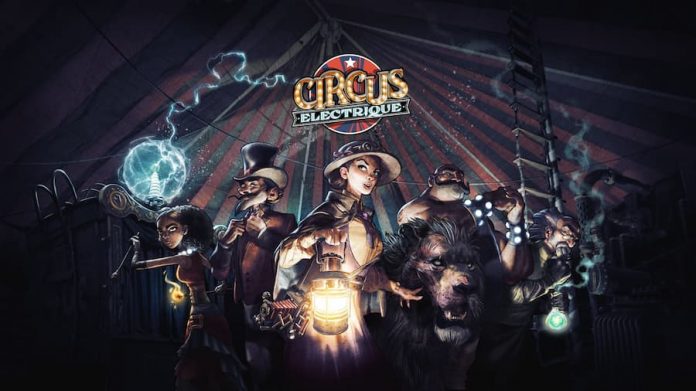 Roll up, roll up! Step right up to Circus Electrique, the most electrifying and amazing circus in town!

Out in September, Circus Electrique is a turn-based tactical RPG set in a steampunk circus. It’s London in the late 1800s, although not as we know it: this alternate timeline sees an event known as ‘The Maddening’ turn citizens into blood-hungry killers. And, for some reason, it falls on your shoulders, along with the performers of the circus, to bring an end to it.

Doing so means rallying up a crew of performers, each with their own skills and abilities, to take into combat. There are strongmen, able to deal heavy blows to opponents, and fire blowers who can, unsurprisingly enough, damage enemies with fire. Then there are clowns, who are great for keeping your team’s spirits high, while electric acts can deal great damage with the power of electricity.

But it’s not all about fighting. You still have a circus to run, and putting on performances remains key to success in Circus Electrique. You’ll also want to invest time and resources into levelling up your acts and your circus at large, as well as employing new acts to perform and fight alongside you. 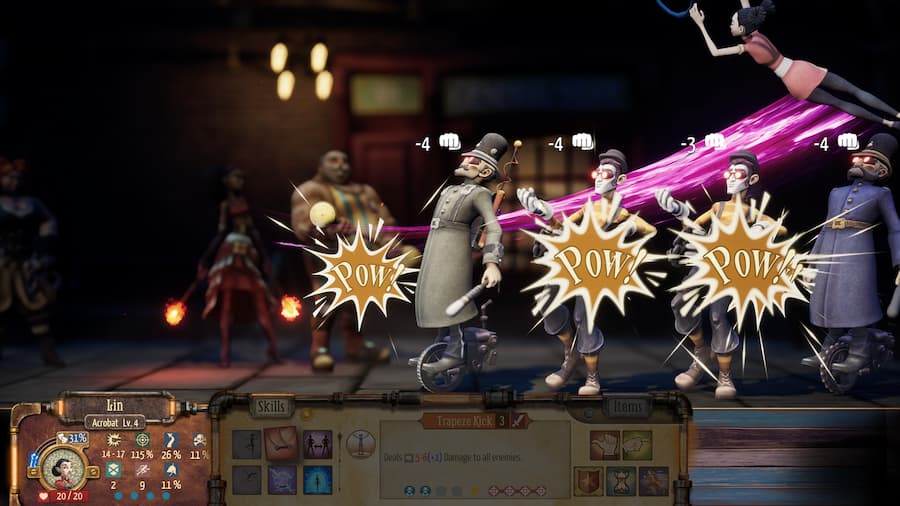 We’ve spent some time with a preview build of Circus Electrique, and playing left us feeling a little like a performer ourselves what with so many plates to keep spinning. This is a game that really takes some time to get your teeth into, but once you’ve familiarised yourself with its systems we’re confident that you’ll find yourself immersed in an engaging and consuming RPG experience.

It’s one of those games where there’s always something else to do. If you’re not preparing a circus performance – itself a minigame as you need to balance out opening, closing and main acts to achieve an optimum rating – then you’re crusading around the streets of London, fighting against The Maddening and collecting valuable resources to grow your circus.

Combat is a turn-based affair, with each of your team members able to perform one move each. Perhaps you’ll choose to do damage to your opponent, but the obvious choice isn’t always the best here. You see, Circus Electrique isn’t just about doing damage: every character – team member or adversary – has a Devotion rating alongside their health. Should this drop too low, they’ll flee from battle. You’ll want to keep your own Devotion high, then, and lowering your opponents’ might be more beneficial than going in for a traditional attack.

Each member of your party has a range of attacks up their sleeves, which will be upgraded as you play. Not all attacks can be performed at any one time, though. Positioning within the party matters here, and some performers can only carry out a move if they’re front of the pack, for example. There’s a lot to consider, then, but thankfully Circus Electrique eases you in, with its first few fights being fairly straightforward to help you learn the ropes.

Coming to PC and consoles on 6th September, Circus Electrique could be a very intriguing prospect indeed for fans of tactical RPGs. Especially those with a twist. The alternative-timeline Victorian London on show here is wonderfully presented, and while it may not feel entirely original – we’ve seen it done before in any media that mentions Nikola Tesla – it doesn’t make it any less of a joy to explore. Add to that a wealth of characters, an intriguing narrative and a circus to manage, and you’ve got a unique experience that we’re looking forward to seeing more of. 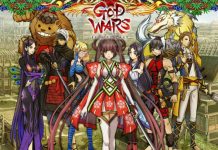 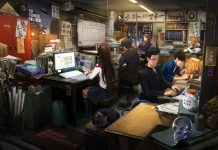 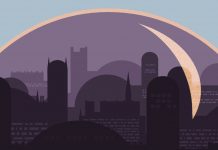 A Closer Look at City of the Shroud 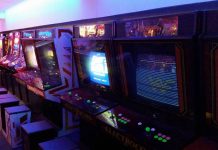