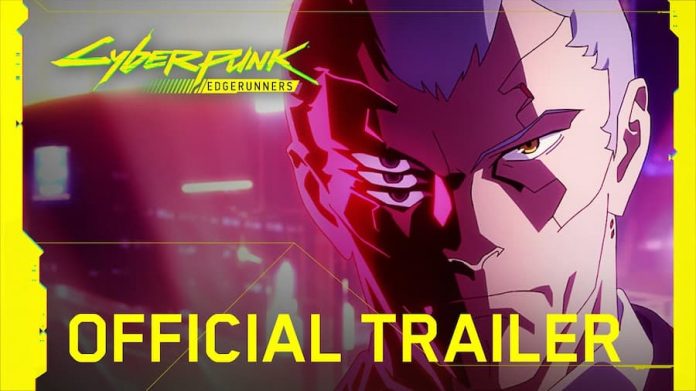 Cyberpunk: Edgerunners, an anime series set in the Cyberpunk 2077 universe, now has a full and rather bloody trailer.

Set for a September 2022 release, Cyberpunk: Edgerunners won’t follow the game’s storyline, though there’s still the possibility that Keanu Reeves will turn up somewhere. Instead, the ten episode series , which we got wind of in June, follows the head-exploding adventures of David, a street kid who becomes.. wait for it.. an Edgerunner.

Edgelord jokes aside, Edgerunners carry out jobs that are not strictly legal, though they’re not full on murder-mercenaries. The trailer features David, as you might expect, but it also introduces the other Edgerunners he ends up working with, including Maine, Dorio, Kiwi, Pilar,  Rebecca, and Lucy. All of these characters have been modified in some way though Kiwi is either a full-on robot or she’s had her skin replaced.

The trailer features, as you might expect, a lot running, yelling and, at its conclusion, a little romance. But, with body-modification being such a big thing in the world of Cyberpunk 2077, itself based on the Cyberpunk pen-and-paper RPG, there’s plenty of footage of weapons sliding out of people flesh, hands opening up to reveal hidden weapons and so on. And, while it’s not specifically based on the game’s events, it takes place in Night City, where CD Projekt Red’s RPG is set.

In short, it looks as if it could be a lot of fun and if you’re a gore-hound there should be enough flying giblets to put a smile on your face. You can watch the trailer above and catch Cyberpunk: Edgerunners when it hits Netflix this September. 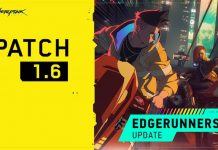