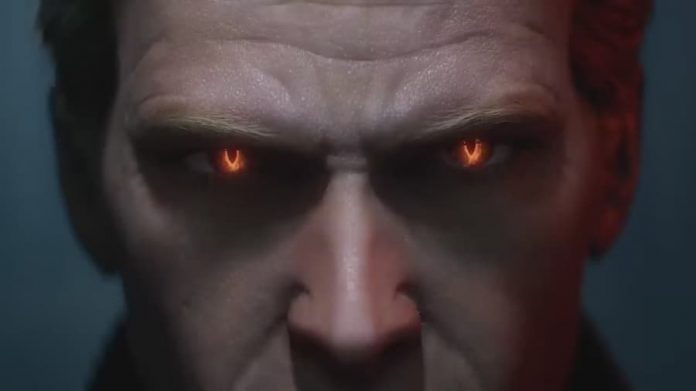 Dead by Daylight’s next chapter will see the return of Resident Evil, along with two new survivors and a familiar trench-coat wearing antagonist.

The pre-rendered trailer shows him using his virus-given abilities to pursue Ada Wong, Rebecca Chambers and a third individual who we’ll call Dahlia Deadybones. Mercenary Ada Wong, who worked for Wesker at one point, and medic and Spencer Mansion survivor Chambers are the two new survivors who’ll have to elude Wesker or whichever killer they’re pitted against.

It’ll be the second time Dead by Daylight has crossed over with Resident Evil; Chapter 20 introduced survivors Jill Valentine and Chris Redfield, alongside killer Nemesis. The chapter also introduced the Raccoon City Police Station map, which Behaviour have confirmed will now be split into two maps, in response to player feedback. There’ll be the East Wing and the West Wing, with the main hall figuring into both maps. This means both maps will be smaller than the original, but it’ll also be easier to take the action outside.

Dubbed “Project W”, Chapter 25 doesn’t have a release date as yet but going by previous Dead by Daylight announcements we anticipate it dropping in the next couple of months. You can also expect Behaviour to offer a more in-depth look at the new abilities that these Resident Evil characters bring to the table. We’ll let you know when we hear more. You can also watch the whole of Behaviour Interactive’s Behaviour Beyond stream here.