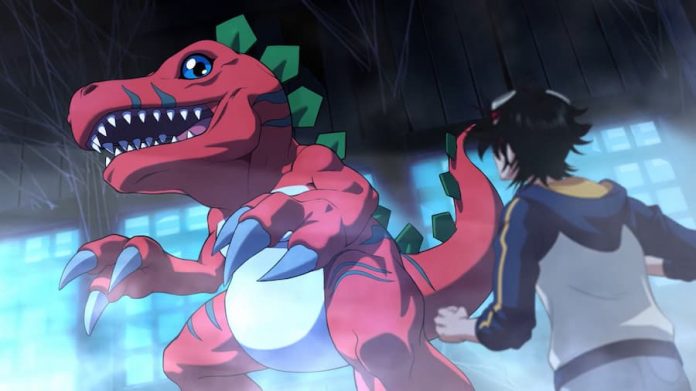 There have been many Digimon games over the years, but the latest goes out of its way to be a little bit different.

Available now on PS4, Xbox One, Switch and PC, Digimon Survive is a visual novel with tactical role-playing elements. In layman’s terms, that means you spend most of the time simply watching the game’s story unfold, though you do engage in turn-based combat encounters every once in a while. That’s already a bit of a departure from your usual Digimon game, but what makes Digimon Survive even more unique is its strange, unsettling tone.

Takuma Momozuka is the main protagonist of the adventure, a student who thought engaging in some extracurricular activities at a summer camp would be a good idea. Upon investigating a nearby temple with some friends, however, his life gets turned upside down. After a series of strange occurrences, stone-like creatures emerge and attack. Thankfully for Takuma and his friends, friendly monsters also appear to defend them. It’s then that the group become aware of the existence of Digimon.

The group quickly adapts to and accept their new Digimon friends, working with them to overcome obstacles that they face. But there’s something really worrying – Takuma and co. don’t seem to be in their own world anymore. Your primary goal in Digimon Survive, then, is to find out what’s going on and hopefully find a way back to your own reality. But that might be hard when there are so many unknowns, as well as vicious Digimon out to attack you. 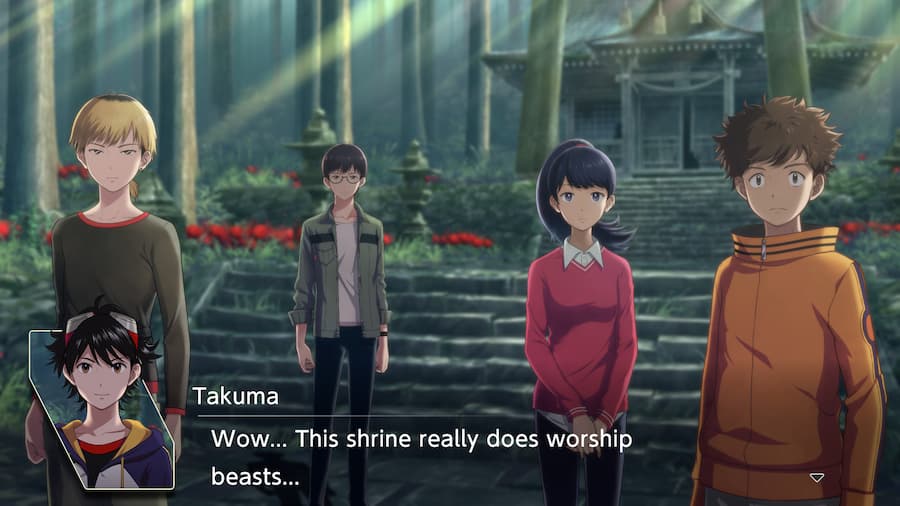 In the game’s visual novel sections, you’ll largely be listening to and clicking through dialogue. It’s not totally a passive experience, however, with you occasionally being left to look around environments and choose who to talk to or what to look at a little bit closer. You have a camera, too, which you’re sometimes required to use in order to spot anomalies and bring them to light.

At certain points in the game you’re even able to switch between multiple locations thanks to a map. This can get a bit tiresome at times though, moving from one to another repeatedly just to engage in short conversations to push the story forward. But at least the dialogue is largely well-written and entertaining, helping a story with an interesting premise grab your attention and hold it.

Digimon Survive is at its most game-like when you find yourself in a combat situation. For these, you’re whisked away to gridded 3D battlefields, where it’s up to you to command your team of Digimon in order to overcome your foes. The combat system is pretty basic but it gets the job done, with the usual features such as attacks from the side or behind being more effective. Each Digimon has a range of unique abilities at their disposal, and they can even evolve, granting them new ones and making them more powerful. 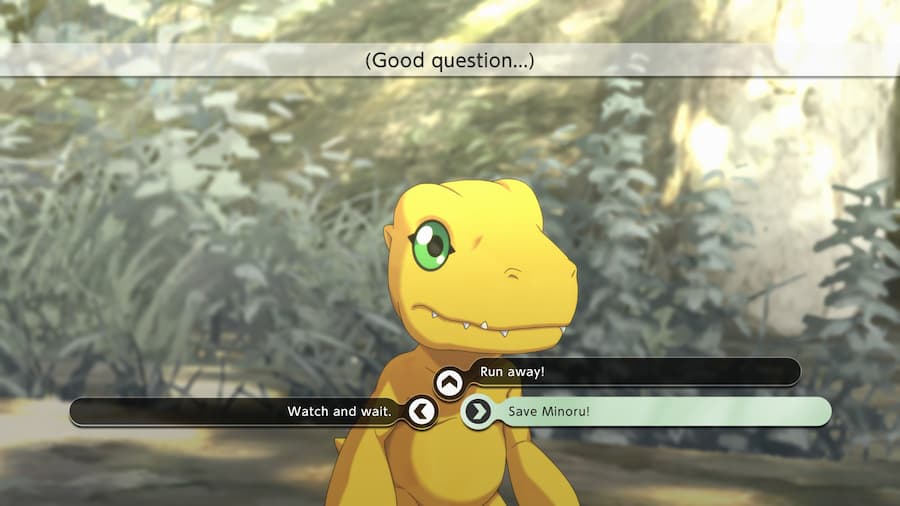 Taking a leaf out of Shin Megami Tensei’s book, enemies can even be talked to in battle at times, and by striking up a rapport you can try to bring them to your side or shake them down for an item. There are many Digimon to recruit, and thanks to places where you can engage in Free Battles it’s an easy process to acquire and develop them. Outside of combat you can also equip items to them to boost their abilities, and use other items to give them new skills.

Like most visual novels, Digimon Survive will take you a fair while to complete – there’s certainly tens of hours of entertainment here. The story eventually branches, too, leading to multiple endings. What’s surprising is that it can be rather dark at times, with some unexpected twists and turns that may genuinely shock you. The soundtrack also backs this up with some tense, haunting tracks that may put you on the edge of seat. The largely bright and colourful cast of characters – including the Digimon – offset this a little though. But there’s no reason to complain when they’re so wonderfully animated.

Being a visual novel, Digimon Survive isn’t for everyone. For those with the patience for it though, we can’t help but recommend it. Whether you’re a fan of the Digimon franchise or not, there’s a thoroughly intriguing story here, backed up with attractive visuals, an enjoyable soundtrack, and some tense battles. This may be a departure for the series, but it’s paid off.

This review of Digimon Survive is based on the PS4 version (played on PS5), with a code provided by the game’s publisher. It’s available on PS4, Xbox One, Switch and PC. 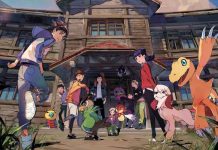