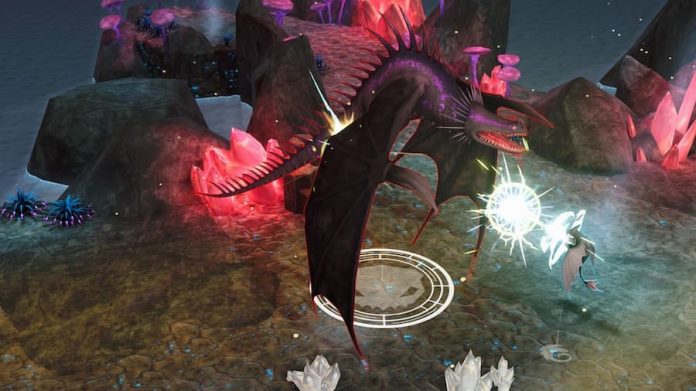 DreamWorks Dragons: Legends of the Nine Realms is coming to PC and consoles this September.

We first got wind of action adventure Dreamworks Dragons: Legend of the Nine Realms when it was announced back in May, alongside cutesy cart racer Paw Patrol: Grand Prix. That may sound like a bit of a mismatch but, despite the fact that you’re playing as a dragon, Dreamworks Dragons won’t see you turning the world into a charred wasteland.

Why? Because Dreamworks Dragons: Legend of the Nine Realms is based on the series of the same name which, in turn, is a spin off from the How to Train Your Dragon series of movies (themselves loosely based on several books). So the game is set to be family friendly, with no villagers getting in the way of your dragon breath.

Going by the trailer, it looks like it could be fun. There’s a little flying, but most of the action seems to take on foot, but there are plenty of different dragon abilities to shake things up. It’ll sport four bosses as well as four playable dragons, Thunder, Plowhorn, Feathers and Wu & Wei, each with their own abilities.

And yes, the game may primarily be “family friendly”, in the absence of a new Spyro the Dragon game, we suspect there’ll be plenty of grown-up dragon fans reaching for the controller. Developers AHEARTFULOFGAMES seem to think so, and have included a challenge mode that’ll let you replay levels with the difficulty dialled up.

Dreamworks Dragons: Legend of the Nine Realms is coming to Xbox One, Xbox Series X|S, PlayStation 4, PlayStation 5, Nintendo Switch, Stadia and PC (via the Steam Store) as both a physical and digital release, out this September 23rd.