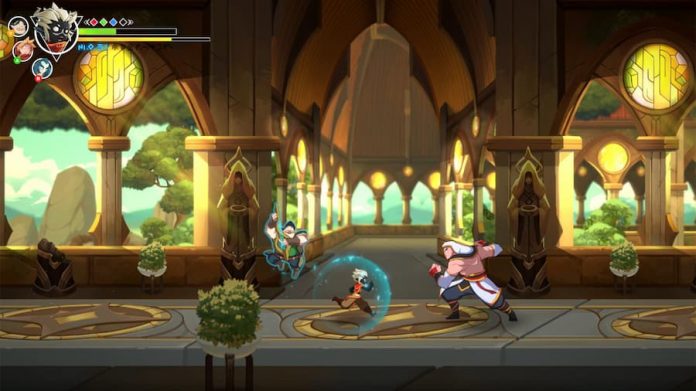 This Metroidvania takes place in a world where, in the wake of a battle between deities, everything’s going to hell. Yes, Fallen Tear’s new trailer looks absolutely gorgeous, with some superb animation, but you’re still going to be roaming a world that’s winding down.

That, unsurprisingly, is where you come in, tasked with fixing everything, so absolutely no pressure there. It’s inspired by Southeast Asian folklore so the foes you fight should be a little more interesting than most. That’s certainly the impression we get from the trailer, though fighting a lion who already has a spear in him seems like punching down. Given that major characters are fully-voiced, maybe there’ll be the option to talk him down.

Another promising feature is that, not unlike Elder Lillies, you can summon companions as attacks and, we assume, to unlock previously blocked pathways. We’re not sure whether your protagonist Hira has captured their spirits or if they’re literally on call all the time, but neither option sounds particularly great for those being summoned.

Developer Winter Crew and publisher CMD Studios promise that you’ll be able to customise both your character and, through your decisions, the landscape. It’s set to arrive on both PC and consoles, dropping onto PC first, then arriving on consoles later.

You can check out the trailer above or wishlist Fallen Tear: The Ascension on Steam here.