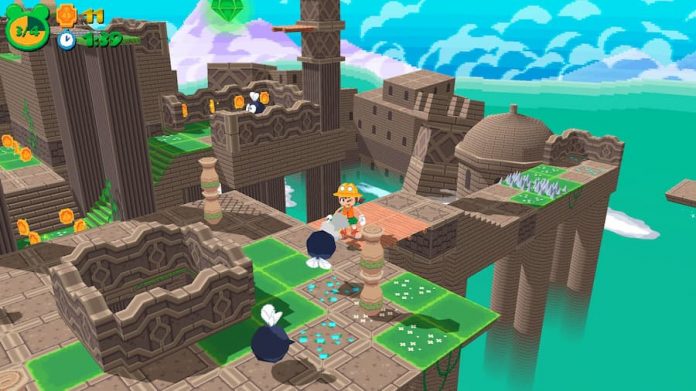 Combine a frog and a gun, and what do you have?

Probably not what you think, to be honest. The gun in Frogun, a level-based puzzle platformer from Molegato and Top Hat Studios, doesn’t shoot bullets. Instead, pulling the trigger releases a sticky frog-like tongue which can be used to grab enemies, pull objects, or pull yourself towards larger surfaces. It’s a pretty handy device indeed, and so it’s no surprise that the entire game is named after it.

Inspired by platforming games of the past, Frogun is something of a collectathon. Each level is fairly short – completing each one quickly forms part of the challenge – and they’re packed with things to find. You’ll collect coins, search out hidden areas, pick up lost notes and more. For completionists, there’s good reason to jump into each level two or three times, mopping up everything there is to collect.

For others, rushing through might be the way to go. Frogun isn’t easy, and after only a few levels in it will start throwing tricky platforming challenges at you. It’s a difficulty compounded by less than stellar controls. Jumps need to be perfectly aligned, which typically means rotating the camera until you find the right angle to see where you’re going to land. And your gun, which can be used to propel you across larger gaps, needs to be perfectly aligned too. It’s fiddly, but holding down square allows for more precise control, though it’s still rather awkward.

Punishments don’t always feel fair, either. Your character has a health meter, and so coming in contact with an enemy will take one (of a default three) health bar from you. That’s fine. But fall into water, and it’s an immediate KO, taking you back to the last checkpoint. When checkpoints aren’t particularly generous, it often means going right back to the start of the level. And when you’re trying to collect everything, you can be facing several minutes of backtracking. If you don’t have a great deal of patience, then, your time with Frogun might be limited.

Still, there’s a charm to be found here for those who enjoy retro-styled adventures. It’s a pleasant-looking game, with blocky, colourful visuals reminiscent of something from the N64 era. The range of skills presented to you by your trusty frog-shaped gun gives Frogun a great deal of originality, and that’s a rarity in the platforming genre these days. That alone makes Frogun worth jumping into – as long as you’re ready for a challenge. 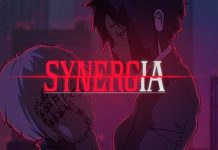