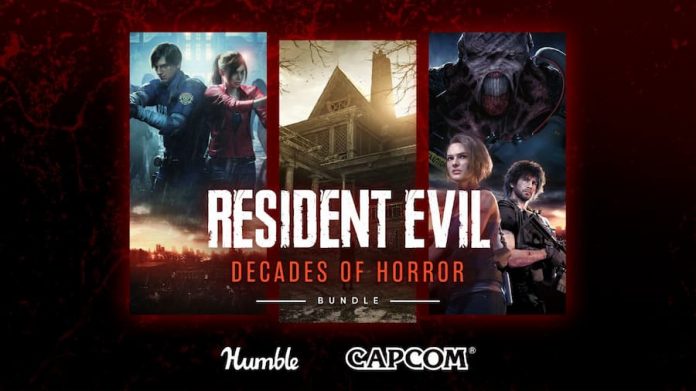 Yes, you might have the ten PC games on another format but the real joy of this Resident Evil bundle, at least since Capcom started using the RE Engine, is the ease with which you can apply mods. Aside from some of the less savoury mods, there are some gloriously ridiculous mods, including ones which insert characters such as Spongebob Squarepants or Homer Simpson into the games.

Over at Humble Bundle, there are three different tiers, with donations split between the Capcom Japan, Humble themselves and humanitarian charity Direct Relief. You can change the slider to decide who gets what, though you can’t pay Humble themselves less than £4.41. The games in question are:

Resident Evil 6 is .. so so, but the rest are well worth diving into, featuring zombies, slimy things, mutants, giant spiders – all manner of foes in fact. There’s also a coupon for 50% off Resident Evil Village, with all games redeemable through Steam.

But.. hang on, isn’t there something missing? Yes, there is. There’s no original Resident Evil,  or original Resident 2 and Resident Evil 3 – the titles in the list are remakes and while the remakes are great, we’d love to have a crack at the originals. However, the PC versions of those titles aren’t on GOG and Capcom has never reissued them.

Still, for £25 it’s a good deal. You pick up these PC survival horror classics – and a couple of not so classics – games through Humble’s storefront here.