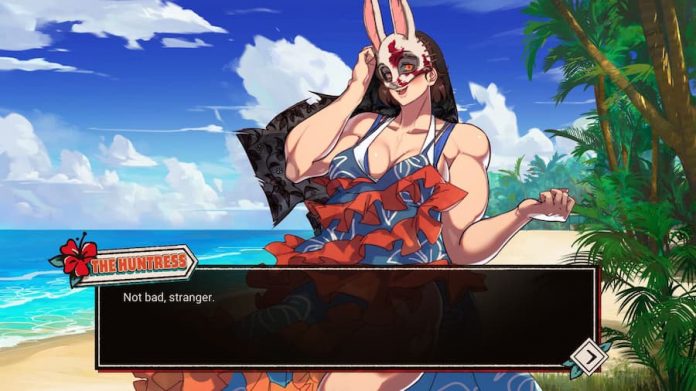 Hooked on You: A Dead by Daylight Dating Sim sees you wooing the killers from the asymetric multiplayer slash-em-up and it’s out now.

No, you’re not dreaming, nor is it April Fools day. Hooked on You actually exists, as we discovered back in May, and it’s available to purchase, on PC, right now. Its surprise release was announced yesterday, at publisher Behaviour Interactive’s Behaviour Beyond showcase, meaning you can date Dead by Daylight’s killer roster right now.

That’s the original roster, mind you; Dead by Daylight has so many guest killers that, licensing issues aside, Hooked on You’s Murderer’s Island would be very crowded. You can romance the Trapper, Huntress, Wraith, and Spirit who, thanks to developer Psyop, look a little less homicidal then they usually do.

You can pick up Hooked on You: A Dead by Daylight Dating sim for the meagre sum of £6.99, from the Steam Store. It’s PC only for now, but we wouldn’t be surprised to see it land on console at some point – after all, wouldn’t these adorable, blood-splattered killers want to share the love?