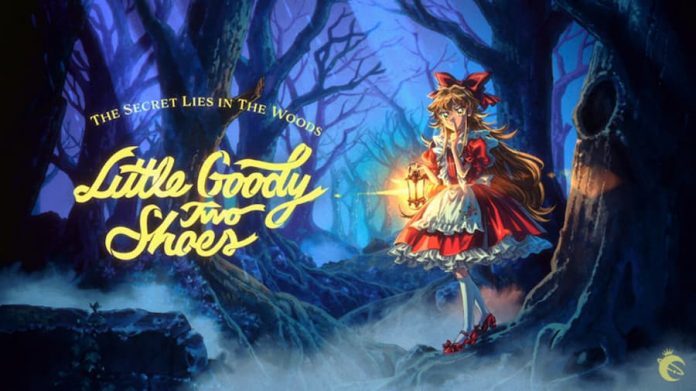 Little Goody Two Shoes is set to turn a fairytale adventure into a 90s horror-inspired nightmare.

That might not seem like much of a leap, given how, gruesome Grimms’ fairy tales were. Sure, in Disney and Hans Christian Andersen’s version of Cinderella, the sisters couldn’t squeeze into the glass slipper but in the Grimm version, they hacked chunks off their feet to make it fit. Little Goody Two Shoes, however, seems set to go even darker than that.

Published by Square Enix and developed by AstralShift, it’ll sport an anime-style look and draw inspiration from Legend of Mana and other titles. AstralShift has previously released Pocket Mirror, an RPGMaker horror game and, while they haven’t specified that this release will use RPGMaker, it will likely sport a similar look.

It’s early days for the game and, so far, all we have of Little Good Two Shoes‘ art is a title screen. But what does intrigue us is the elements your character will have to take into consideration as they seek to uncover the mystery surrounding their village.

According to AstralShift, there’s ‘Sustenance’, ‘Reputation & Suspicion’ and ‘Exploration & Narrative’. The former could we admit, just refer to regular hunger, but there’s something about the language that’s used that has us wondering… what if Little Goody Two Shoes isn’t as good as everyone thinks?

What if, while pretending to uncover a mystery, she’s roaming around eating people’s faces? Whether she’s the Big Bad Wolf or some other nightmare, we’re grinning at the prospect of being in charge of her “adventures”. Come on, AstralShift, don’t let us down.

Little Goody Two Shoes doesn’t have a solid release date (or platform) for yet, but Astralshift and Square Enix are aiming for some time next year and you can follow the developer on Twitter here.