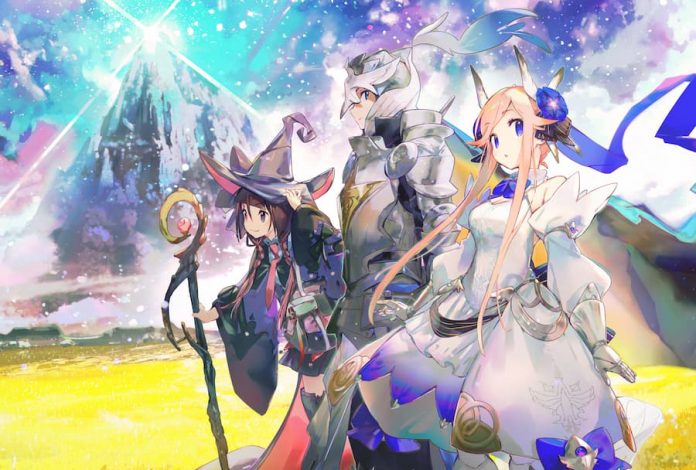 Do you have what it takes to slay gods? That’s what Lost Epic asks of you.

Developed by Team EARTHWARS and oneoreight, Lost Epic has a lot in common with Earth’s Dawn, also developed by the duo. Clearly inspired by the likes of Odin Sphere and Muramasa: The Demon Blade, they’re 2D action RPGs with beautiful yet distinctive art styles. But Lost Epic has two things that make it stand out from its predecessor: it’s fantasy themed rather than sci-fi, and it has Soulslike elements.

Let loose in a mysterious world, you’ll find yourself primarily working with witches. They’ve tasked you with taking down six gods in an effort to save the world and build it anew, and while you might be a bit dubious of them, you’ll push on regardless. What follows is a 2D side-scrolling adventure with both Soulslike and Metroidvania elements.

Early on in the game, for example, you’ll find your progress blocked by some clearly damaged yet still rather sturdy walls. But take down a specific powerful foe and you’ll find that you now have the ability top break down those walls with a new charged attack. When it comes to the Soulslike elements, not only do you get taken back to the last safe area you visited upon death, but any Anima you were carrying gets left behind. If you can’t make it back to your place of death to reclaim it, it’s gone for good, and it’s anima you use to not only level yourself up, but also upgrade your gear and craft items. As well as materials, of course. 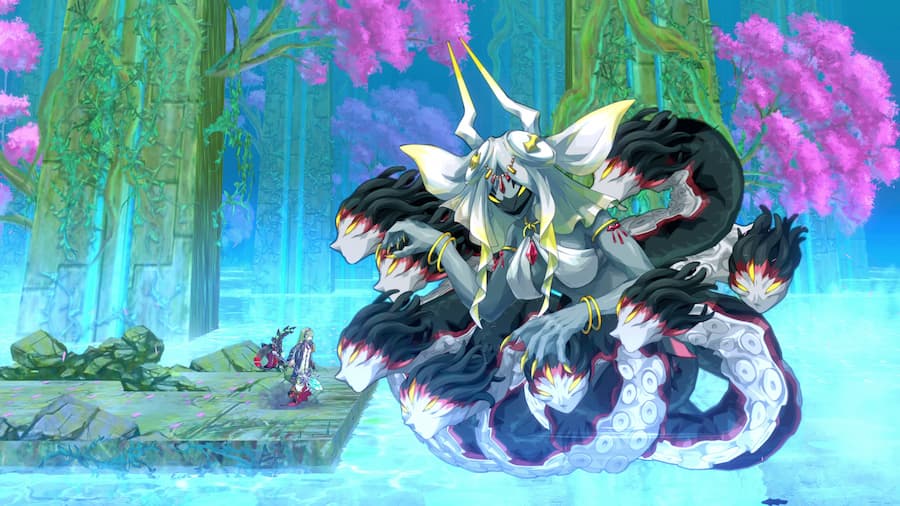 Lost Epic seems good for a while. Great, even. You move from area to area, completing side-quests and challenges as you go, all the while keeping in mind your goal: locating the god of the region, handily marked on your map with a gold pulsating circle, and giving them a good thrashing. But after spending a handful of hours or so with the game, your interest may start to wane. And there are many reasons for it.

For a start, there’s not much enemy variety. While each region does have some unique enemies to throw at you, many are common to them all, albeit with slight changes such as element. There’s also the fact that Lost Epic is a bit grindy. If you want to create and upgrade the best gear, you’re going to have to do a lot of to-ing and fro-ing, hunting down materials. Side quests add to the monotony, often asking you to perform menial tasks.

The biggest kicker, though, is that while it seems fun initially, Lost Epic‘s combat soon loses its shine. You have access to standard and strong attacks, can switch between two weapons on the fly, and can put together your own palette of nifty Divine Powers, but ultimately it’s all let down by the fact that combat system feels a bit clunky. Some attacks just don’t flow in a pleasing manner, and the more enemies you’re up against at one time, the more it’s apparent. 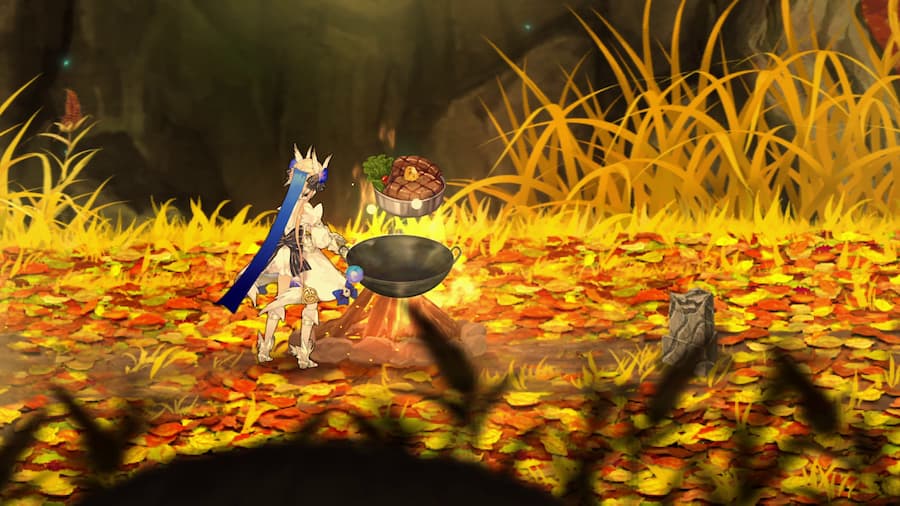 You can still enjoy Lost Epic if you can look past some of these issues, though; it’s not a lost cause by any means. It’s just a game that could have benefitted from a little more polish and focus. What’s more, the Soulslike elements don’t really add anything of value here. Still, some will like the freedom that it offers, and there’s a handy difficulty modifier system that allows you to take much of the grind out of the game if it frustrates you.

If you love 2D action RPGs such as the aforementioned Odin Sphere or Salt and Sanctuary, Lost Epic may be worth taking a punt on, especially considering its modest price. It has its issues but some players will find them easier to look past than others, and there’s one thing for sure: it looks beautiful. Just don’t expect it to blow you away, and Lost Epic will eat up hours of your time. But chances are you won’t remember it when you’re done.

This review of Lost Epic is based on the PS5 version, with a code provided by the game’s publisher. It’s available on PS4, PS5 and PC.