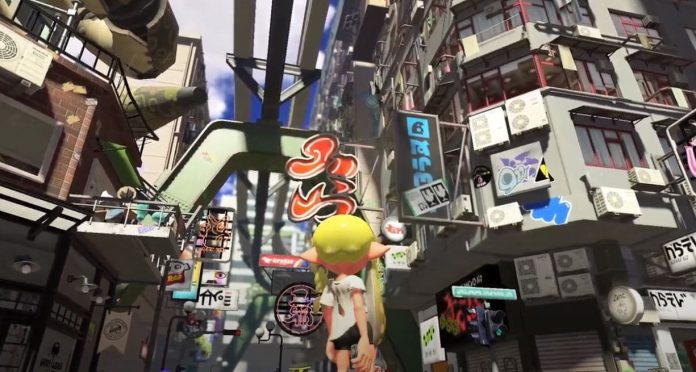 Splatoon 3 arrives in less than a month and, to whet would-be-purchases appetitles, Nintendo decided to put on a special Splatoon 3 Direct.

This Nintendo Switch exclusive is a multiplayer shoot-em-up which sees you not only splatting other players with ink but covering each level in in. Aside from using a paint, sorry, ink gun, you can transform into a squid. How? We’re not even going to try to explain it. But we absolutely loved Splatoon 2 so we’re definitely up for a third entry.

Yesterday’s Direct gave us a look at what’s in store in Splatoon 3 – more specifically, the features that should (hopefully) stop this feeling like a lazy sequel. The Direct was just over half-an-hour in length and while you can watch the presentation in full, let us save you the time by rounding up some of the highlights.

Firstly, the story mode, Return of the Mammalians, is “ideal for getting the hang of battles and weapons, while setting out on an adventure to discover the secrets of Alterna, the Fuzzy Ooze”. Filthy jokes aside, it sounds like while Nintendo has put more effort into single-player mode, it’s still a glorified tutorial.

Several modes have been given a big boost. Turf War now features a new move whereby you can swim up walls and another that lets you jump out of ink and turn around at the same time. Salmon Run mode is back and, while it won’t be available at launch, there will be a stage where the Salmonids invade the Inklings’ city.

Several new Splatoon 3 Amiibo figures are on the way, including Yellow Inkling, Blue Octoling and Smallfry. Some previous Splatoon Amiibos will also be reissued – in particular, the Callie & Marie 2-Pack and the Pearl & Marina 2-Pack, though knowing Nintendo, we wouldn’t count on there being a colossal stock of them. There’s also a Splatoon 3 Nintendo Switch arriving soon, available in stores this August 26th.

Nintendo will also be supporting the game with new DLC, both paid and free. The free DLC, which will take the form of additional weapons, will be released every three months over the course of two years. That’s not quite as impressive as Dying Light 2’s five-year support, though we suspect Nintendo is already working hard on Splatoon 4.

They’ll also be unveiling the X League, a special league for players who rank highly in Anarchy Battle. And speaking of rank, you’ll be able to check your Splatoon stats from within the Nintendo Switch Online app itself, without launching the main game. 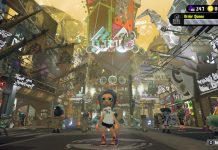 Shifty Station Was Always the Highlight of Splatoon 2’s Splatfests