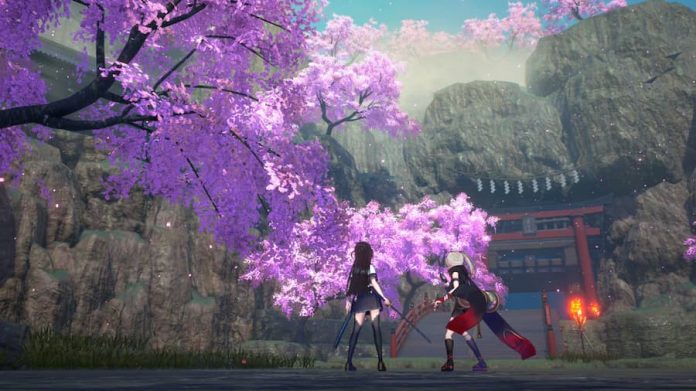 Fans of games like Onechanbara have something to look forward to this winter.

D3Publisher Inc. and developer Shade Inc. have unveiled Samurai Maiden, a game which will allow players to slice and dice zombies as a schoolgirl. Summoned to the historic Sengoku period in her sleep, Tsumugi Tamaori must use her considerable sword skills to destroy an evil that’s taken root at the Honnoji Temple.

Tsumugi won’t have to fight alone, though. Three ninjas will fight alongside her, and throughout the adventure she’ll form bonds with them. The Gokage, as they’re known, comprises of Iyo, who makes use of a variety of tools, Komimi, who has unique jutsu, and Hagane, who has a mechanical body.

The group will fight against hordes of zombies, as well as powerful bosses that will test players’ skills. With Tsumugi’s sword attacks and the unique abilities her new ninja friends at hand, however, no challenge should be insurmountable. A “Gokage System” will allow the rapid use of both sword and ninja attacks, and by building bonds special new group abilities will become available.

Related: The Best Samurai Games You Can Play Right Now

There’s no set release date for Samurai Maiden just yet, but it’s planned to launch this winter on PS4, PS5, Switch and PC. No doubt it will be an acquired taste, but we’re pretty excited for it. Slashing at zombie with samurai swords never gets old, after all.

We’ll be looking out for more information about Samurai Maiden in the run up to its launch. In the meantime, you can check out its official website.