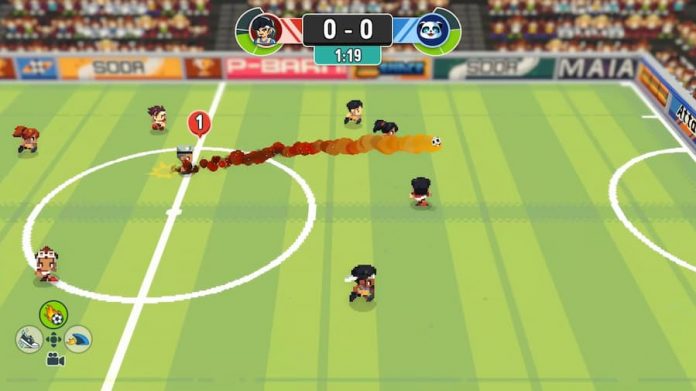 Soccer Story, coming to PC and consoles later this year, charges you with saving the world using only a magic football and the power of friendship.

Admittedly, Soccer Story’s blurb doesn’t make specific mention of group hugs but given how adorable this voxel-style game looks, it’s a fair bet you’re not going to be murdering people with your magical ball skills. Monsters, maybe, but they don’t count… right?

Ethical quandaries aside, Soccer Story has a decent pedigree, coming as it does from the developers of Not Tonight and Not Tonight 2 though the subject matter won’t be as dark as those two post-Brexit and post-Trump titles. But, like the latter two games, it does have a sense of humour, so we’d expect Soccer Story to raise a chuckle or two.

Publisher No More Robots reckons there’s 15+ hours of gameplay in there, with side-quests and more to complete. Aside from roaming the land, you’ll also get to participate in actual football, sorry “soccer”, matches. We’re definitely looking forward the the match the trailer gave us a glimpse of, where you go head-to-head against footballing ninjas.

The game is set for a 2022 release, landing on PC, Xbox (coming to Xbox Game Pass), PlayStation, Switch and Stadia. Yes, you read that right – Stadia. Google aren’t making any more games for their streaming consoles but other developers haven’t abandoned it. Yet.

But if you want to get your hands on Soccer Story a little sooner, you can participate in the beta that takes place later this year. No More Robots hasn’t stated precisely when it’ll kick off but if you fancy an early look at at some soccer-based RPG action, you can sign up here.