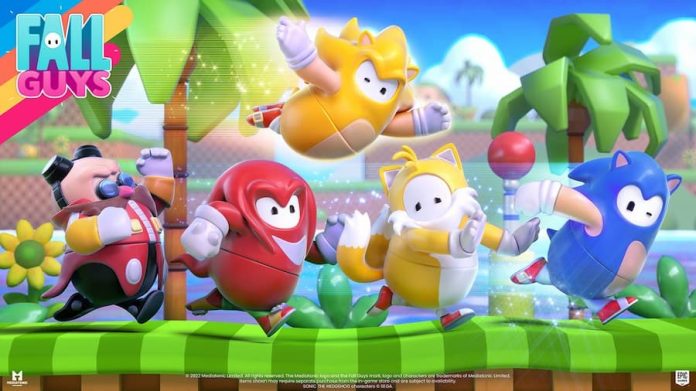 Sonic the Hedgehog and Knuckles are coming back to Fall Guys and they’re bringing some very familiar faces.

Like Fortnite, Fall Guys: Ultimate Knockout’s costumes don’t always stick around. So if you don’t earn – or buy – a costume within the window, such as the previous Sonic the Hedgehog and Knuckles set, you’ll have to wait to see if they return.

Both games attempt to capitalise on FOMO, the fear of missing out, tempting players to leap in and grab the costumes/skins before they’re gone. The Fatal Fury May and Terry costumes, for example, stuck around for just four days.

So, while Mediatonic has yet to confirm how long these new Sonic costumes will be about, chances are you’ll need to snap them up sharpish. Sure, we’re not normally suckers for skins, but the new batch of Sonic costumes incudes a Doctor Robotnik outfit which, we have to admit, looks very cool.

i can't believe this is happening, sonic and knuckles are coming back and this time they're bringing BUDDIES (kinda) pic.twitter.com/VyEmnwleFF

All in all, the outfits will include:

Don’t count on Super Sonic giving you an edge as he does in Sonic Mania and previous Sonic games – here, the outfits are cosmetic and nothing else. But it’s a cool way of showing off, provided you’re prepared to grind or pay for the privilege.

There’s no date as to when the Fall Guys Sonic the Hedgehog costumes will be available, but you can follow the official Fall Guys Twitter account for updates.