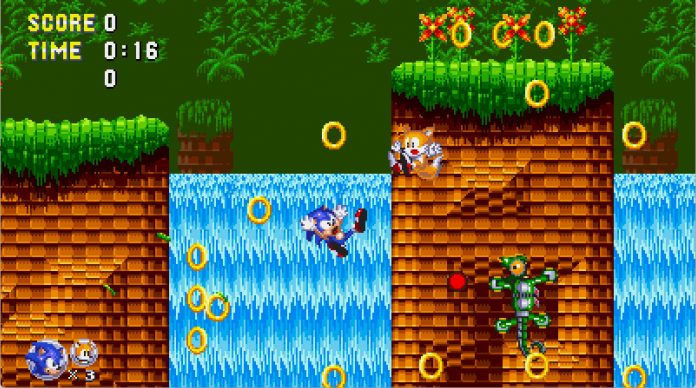 Sure, if you grew up with the battery-guzzling Game Gear you might have dabbled in it, but Sega seems oddly reluctant to embrace Sonic the Hedgehog’s 8 bit history, which includes a loop-the-loop free but still fantastic version of Sonic the Hedgehog 1. The bulk of Sega’s Sonic collections have been all about Sonic’s Mega Drive and Mega CD adventures, with only the faintest of nods, if that, to the four 2D 8-bit titles.

Fortunately, thanks to games designer and Sonic fan Noah N. Copeland, Triple Trouble lives again, with the Game Gear title reimagined as if it was a Mega Drive game. Sonic Triple Trouble was a real rough diamond, held back by the power of the Game Gear, but Copeland’s remake gives it a chance to shine.

And.. the results are really quite impressive. If you didn’t know it was a fan project, you could be forgiven for thinking it was an official Sega outing. Copeland has been working on the game for five years, with some small assistance – eg, extra sprites – provided by others in the community. It overhauls the music, levels and, in some cases, gives Triple Trouble’s bosses a big boost.

Even better, it’s completely free, available from Game Jolt. Certainly, in the absence of Sonic Mania 2 it’s giving us our much-needed 2D Sonic the Hedgehog fix. It’s currently PC-only, though we suspect that some enterprising soul will, at at some point, turn into a “proper” Mega Drive game.